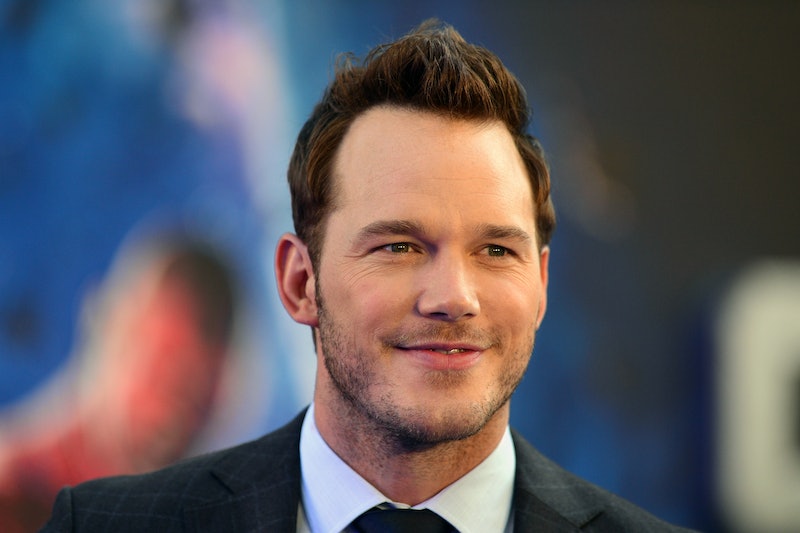 This year's Super Bowl is officially a wrap, but like in years past, it left a trail of awesome stories in its wake. For one, there was the epic reemergence of Missy Elliott during the halftime show, and thanks to some intentionally off-beat choreography, Katy Perry's dancing shark sidekicks continue to generate a ridiculous amount of interest. And of course, it wouldn't be a proper game if some crazy, high-stakes celebrity betting wasn't involved: For example, there was the friendly wager between Chris Evans and Chris Pratt, referred to as Twitter Bowl 2015.

According to the official website, both actors agreed to visit the other's charity decked out in full Star-Lord or Captain America costume (Star-Lord for Pratt, Captain America for Evans, naturally), depending on the outcome of the game. Also, Pratt agreed to wear a Tom Brady jersey if the Patriots won — his rival team — while a Seahawks win would require Evans to wave Seattle’s 12th Man Flag during his visit.

In the end, despite the outcome of the game, the both guys chose to don their Marvel superhero duds and make their rounds at the respective charities. As it turns out, fans rewarded Evans and Pratt's commendable sports fan-like conduct by making a substantial amount of donations to both organizations: Evans' charity Christopher's Haven, which offers housing to support families of pediatric cancer patients, reportedly received a little more than $11,000 in donations, while fans gave Pratt's charity Seattle Children's Hospital $15,000.

What a sweet story! Hats off to Evans and Pratt for keeping the competition friendly and focused on charity and even bigger kudos go to those fans who unexpectedly stepped up and executed some real-life heroic acts of kindness.