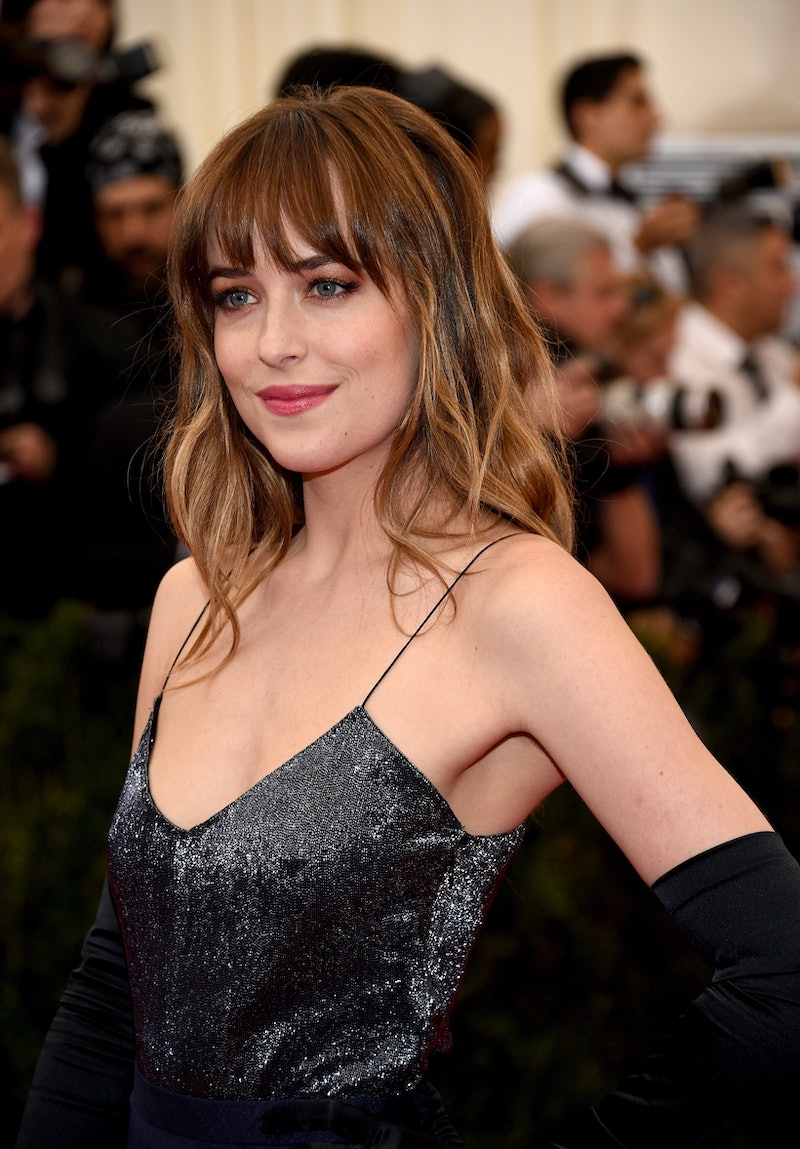 What would Christian Grey say about this? It looks like Fifty Shades of Grey star Dakota Johnson has a special man in her life, and no, it's not her costar in the upcoming S&M love story, Jamie Dornan. Reportedly, Dakota Johnson has been dating Matthew Hitt since last July. The rumors really began to swirl once they were spotted walking hand in hand in the East Village neighborhood of New York, and since then, they've been seen consistently stepping out together, side by side. Sorry, Mr. Grey, but some fans might be wondering more about the special guy in Johnson's life offscreen. While he is arguably less known in Hollywood than his lady friend, it looks like Hitt isn't exactly a stranger to the limelight.

Hitt is a member of the rock band Drowners, which released their first studio album in January 2014. Originally from Wales, Hitt moved to the United States in 2011 in order to pursue a modeling career but ended up forming a music group with three other musicians. According to The Daily Mail, Hitt was the one who wrote and composed all the songs for the debut, so he's clearly talented as a musician. But it looks like he hasn't entirely tossed modeling to the side either, as he has appeared in campaigns for big name brands such as Gucci, All Saints, and Band of Outsiders. That's quite a resumé for someone who moved here just a few years ago! And along with being successful in his career, it looks like he's found great success in his love life with Johnson, too.

Though neither has been quoted saying all too much about each other in interviews, this is really a pair who lets their actions speak louder than words. Whenever they've been seen together, they've reportedly been looking cozy and have been unabashed in showing affection toward one another, whether it's through holding hands, sharing kisses, or putting their arms around each other. On top of the good vibes shared between the two, it looks like they have even begun to coordinate a similar fashion sense when out and about, as seen when they were snapped together back in December. A very chic fashion sense, too!

Outside of his love life though, it looks like Hitt has begun to see some more buzz about his band. After all, he had the chance to perform at New York City's Governors Ball last year, and in an interview with Upstate Live, he commented that a wider audience was starting to listen up. He said,

Playing here was — well, festivals always feel alien because you only normally ever play gigs that you know people have come to see you play. But at festivals it’s like a potluck. It’s like everybody bought a ticket to come see someone like Bastille or whatever. So when you see people coming up to see you and sing along with you it’s kind of invigorating.

Good for him! Hopefully his band will have continued success, and hopefully we will have a chance to see him with Johnson as she promotes Fifty Shades, which officially hits theaters Feb. 14!