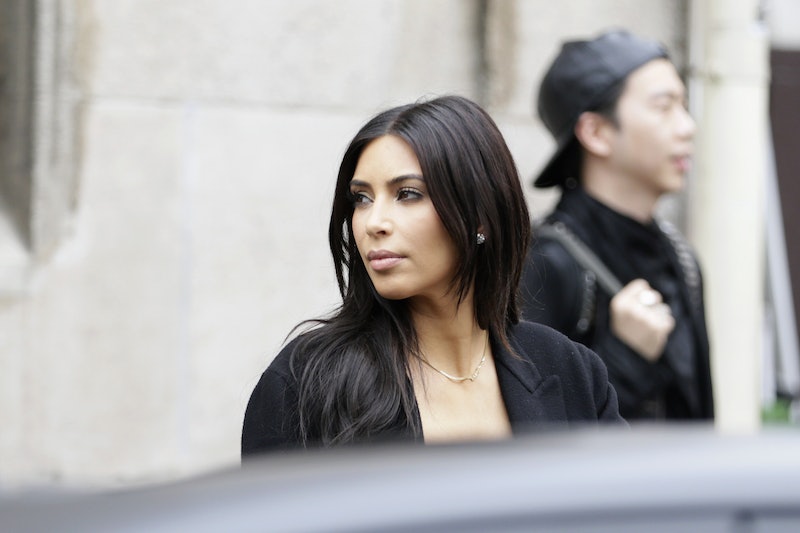 Important news from our Kardashian overloads this morning: Gone are the flowing locks of known famous person Kim Kardashian West, who’s gone and gotten herself a mom cut. The lob (long bob) has been “happening” for a minute. 2014 saw a number of Hollywood’s elite rushing to rid themselves of their long locks. Lauren Conrad, Rosie Huntington-Whiteley, and Selena Gomez were among last year’s lob forerunners. And how befitting her long bob appears, as if it had been there all along! Welcome to what Bustle’s Erin Mayer has dubbed the “lob squad,” Kim.

What could have possibly sparked such an immediate and irreparable decision, you ask? Perhaps motherhood, some will say. (The lob is, afterall, the preferred cut of American moms everywhere.) Or maybe she’s taken a cue from fellow lob-haver and baby sister Kylie Jenner, the youngest (and if we’re being honest, the best) of the Kardashian clan. There’s also a slim chance that she opted for a shorter length after Beyoncé made the cut late last year (it’s worth noting that Beyoncé’s cut was higher up, possibly a metaphor for her position in our cultural hierarchy). Speculate amongst yourselves.

Anyhow, this news is brought to us direct from the Kimstagram feed, which you can view below.