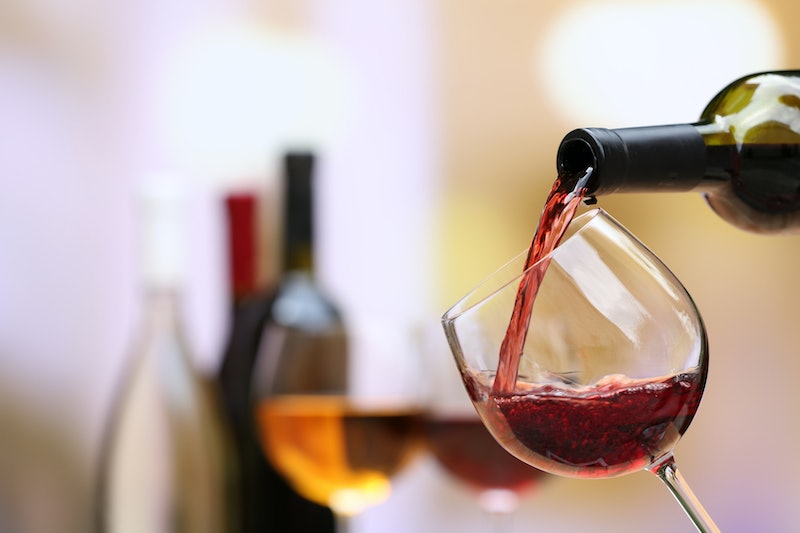 Your mom always told you to eat more fruit, but she never specified how you're supposed to consume that fruit, did she? According to a new study, as well as my hopes and dreams, your Chardonnay-based diet is healthier than you think, because wine can actually help you burn fat. Between that study claiming wine is equivalent to an hour of exercise, the other one showing that it's good for your memory, and now this, I'm starting to think that wine really is an elixir sent down from the gods to sweeten the existential pain of human existence. Either that or scientists are all alcoholics. It's a toss-up, really.Researchers conducted two studies at Oregon State University with similar findings: ellagic acid, a chemical found in Muscadine grapes, increases fat-burning abilities, especially in the liver. The first study introduced lab-grown human liver and fat cells to four chemicals common in grapes, Science Daily reports. Ellagic acid was particularly effective in slowing the production of fat cells as well as increasing the metabolism of fat-burning cells in the liver. These findings support earlier research from co-author Neil Shay back in 2013 showing that overweight mice whose diets contain Pinot Noir grape extract have lower blood sugar and less fat in their livers than mice who aren't getting any ellagic acid. So basically if your diet is a little heavy on the Cabernet, you're just going to lose weight without trying, right?

Actually, not so much. Shay was very specific about the applications of these results, and they don't include weight loss. Here's what he had to say on the subject to Science Daily:

"We didn't find, and we didn't expect to, that these compounds would improve body weight," he said. But by boosting the burning of fat, especially in the liver, they may improve liver function in overweight people.

So as far as weight loss goes, your best bet is still sticking to a diet and exercise routine. (Sorry.) But on the flip side, it looks like wine is good for your liver! The researchers found that it increases the activity of two proteins that regulate fat and sugar metabolism, which is a similar mechanism to medicines commonly prescribed to reduce blood sugar and triglycerides anyway. So if you're a non-drinker looking to help out your liver, you can get in on the action by just drinking regular grape juice or eating the grapes themselves, which contain ellagic acid on their own. For the rest of us, though, go ahead and have that second glass of wine. It's doing your liver a favor!