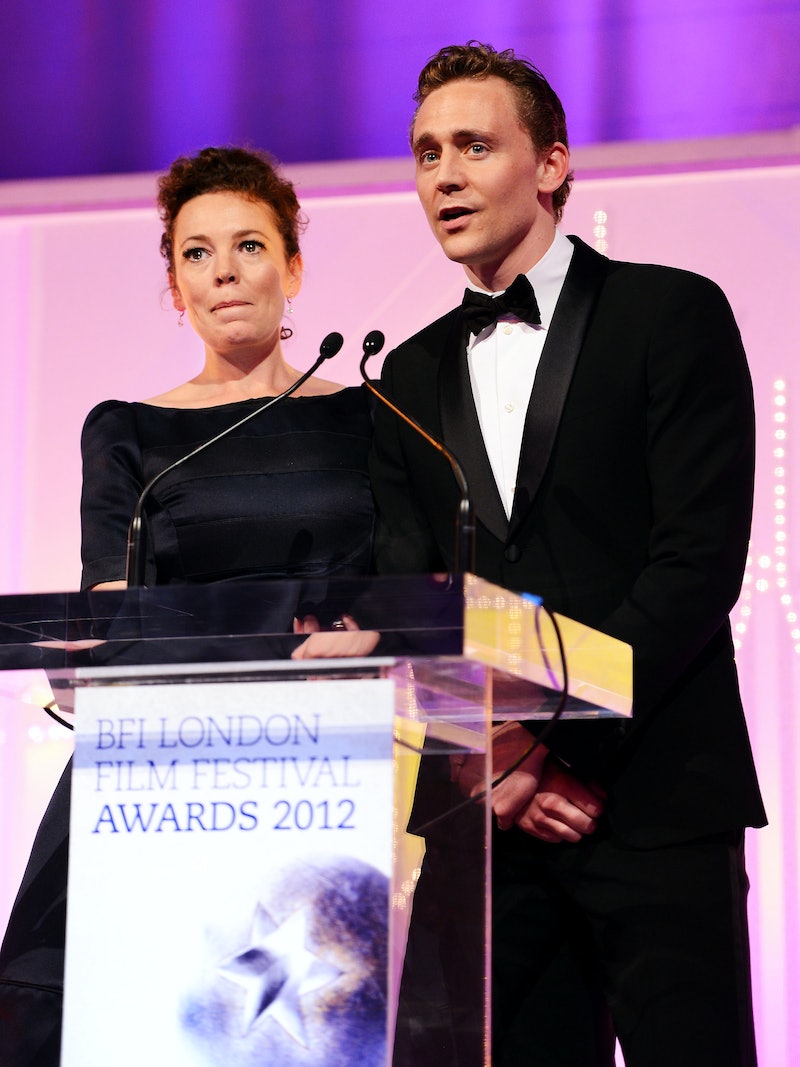 The only thing better than Benedict Cumberbatch being nominated for a BAFTA is Tom Hiddleston presenting at the BAFTAs. Two wonderful actors both guaranteed to be in the same place? It's a dream come true. Hiddleston has stayed out of the limelight of recent, skipping all the American awards ceremonies. But he's staying loyal to his roots by making an appearance at the British Academy of Film and Television Arts awards on Sunday.

It will be Hiddleston's fourth time attending the BAFTAs, and his third time presenting at them. But Hiddleston is no stranger to taking the stage to hand out awards. In addition to his past experience at the BAFTAs, he's presented at the GQ Men of the Year ceremony and the Laurence Olivier Awards, so he has a lot of practice under his belt.

It's not yet known what category Hiddleston will present this year, but fingers crossed he gets to present an award to Benedict Cumberbatch—that would probably break the Internet. But no matter what he presents, he's sure to command everyone's attention with his usual charming self. Based on his past presentations, I think we can expect a lot from Hiddleston during Sunday's BAFTAs, and I can't wait to see him bust out some of his past presenting strategies like these eight examples.

Laughing At His Own Jokes

Hiddleston is really tall so he always has to adjust the microphone when he takes the stage. But as the true gentleman he is, he always lowers it for the winner so the crowd can hear their acceptance speech.

He's right, it is nice to see an award dedicated to a woman since that's still a rarity even in 2015.

Fact: Hiddleston's vocabulary is 10 times the size of the average person's.

The day Hiddleston doesn't mention Shakespeare is the day a robot takes over his body.

Hiddleston always looks so good in suits, and awards ceremonies are the perfect place for him to bust out his debonair style.

The best part about his compliments is you can tell they're all genuine. He's such a breath of fresh air in the often overly-fake movie industry.

As one commenter said, "His pronunciation is better than me and I'm French for f**k sake!!!!!"

Hiddleston is always killing it whether on screen or on stage. I don't know what he has in store for his BAFTAs presentation, but I know that I'm excited.