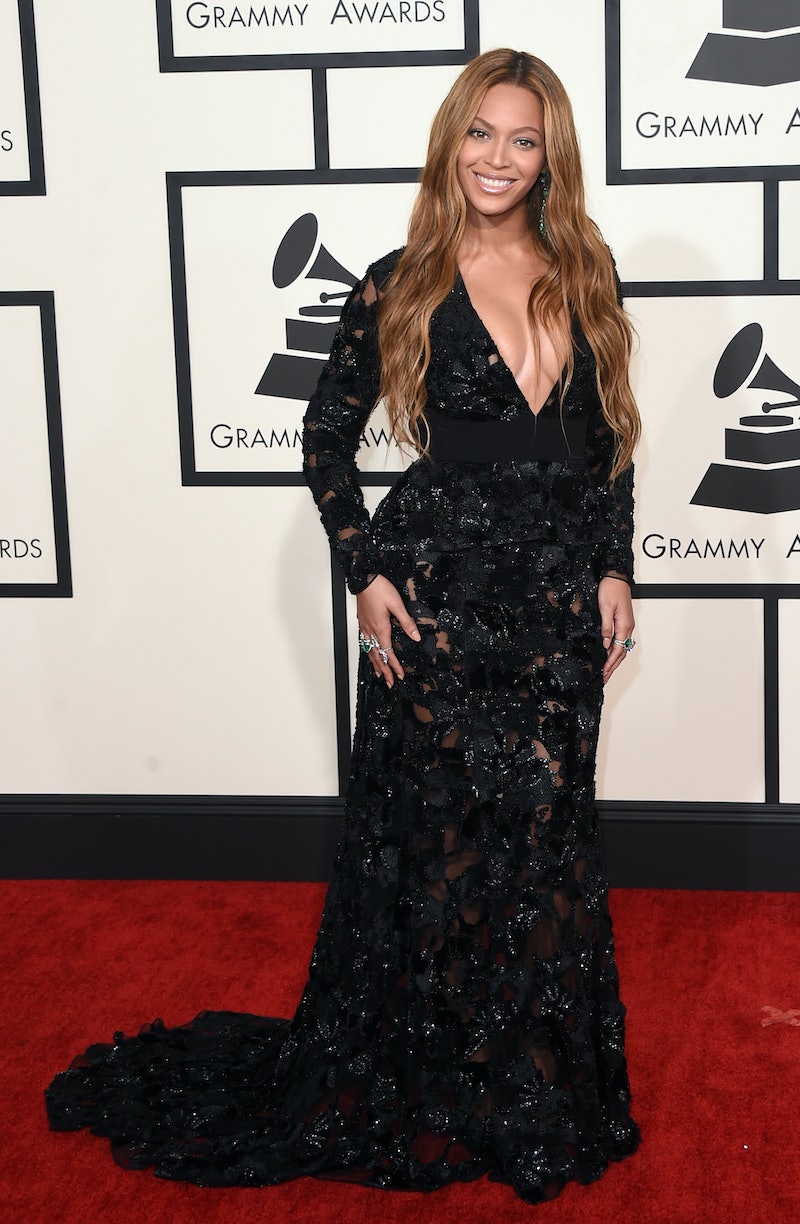 Though it definitely isn't the first time, there's one award at this year's Grammy Awards that is Beyoncé's to lose. Though she's up for a total of six awards, the 2015 Grammys' Best R&B Performance category stands out for essentially being a no-brainer. Beyoncé was nominated for her performance of "Drunk In Love," featuring Jay Z, and though it seems unnecessary to list her competitors, they include, Chris Brown featuring Usher and Rick Ross for "New Flame," Jennifer Hudson featuring R. Kelly for "It's Your World," Ledisi for "Like This," and Usher for "Good Kisser." Now that the technicalities are out of the way, I can tell you that Beyoncé won the Grammy for "Drunk In Love," so no matter what else happens on Sunday night, at least we can all rest easy knowing that some things are still right in the world.

Even if she hadn't won this award, or any for that matter (but who are we kidding, that was basically impossible), it still would've been a big night for Beyoncé, as she's also performing a tribute to Selma with John Legend and Common. So that's another trophy and another unforgettable performance to add to your Beyoncé scorecard, marking the beginning of what will surely be another great year for the iconic singer.

When her name was called, Beyoncé graciously smiled and hugged her husband and "Drunk In Love" collaborator before heading towards the stage.

When she got to the podium to accept her award, Beyoncé kept it brief, quickly thanking her fans as she accepted her trophy. But if that wasn't enough Bey for you don't worry — she'll return to the stage on Sunday night to deliver what will undoubtedly be a show-stopping performance.