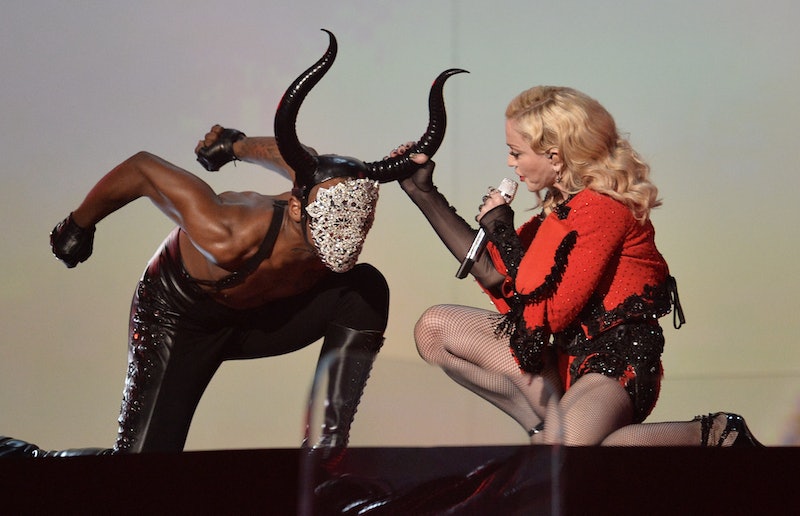 Madonna was one of the first performers announced for this year's Grammy Awards, and it's not surprising —her performance on Sunday night of "Living for Love" from her new album Rebel Heart is her fifth Grammys performance of all time. She hasn't been away long: she sang "Same Love" at the Grammys just last year with Macklemore and Ryan Lewis, in a historic performance where 34 gay couples got married on stage. Her performance of "Living For Love" tonight, though, was almost as legendary.

Rebel Heart drops on March 10, but a lot of the tunes leaked in November. Since then, though, "Living For Love" has gone on to reach number 6 on Billboard's Hot Dance Club Songs and tonight's performance makes it seem like this song will be even more popular, now.

Sadly, she didn't bring the matador outfit to the stage — she strolled onto the Grammys red carpet in this insane YET intriguing underwear-as-outerwear ensemble that resembled more than a little bit a matador outfit from Ricky's. For her performance, she rocked a red ensemble, and her back up dancers were dressed as Maleficent, with black horns. They rolled around and gyrated in the background. It was truly a Madonna performance, but there was one thing missing: Controversy.

The night is still young, though.