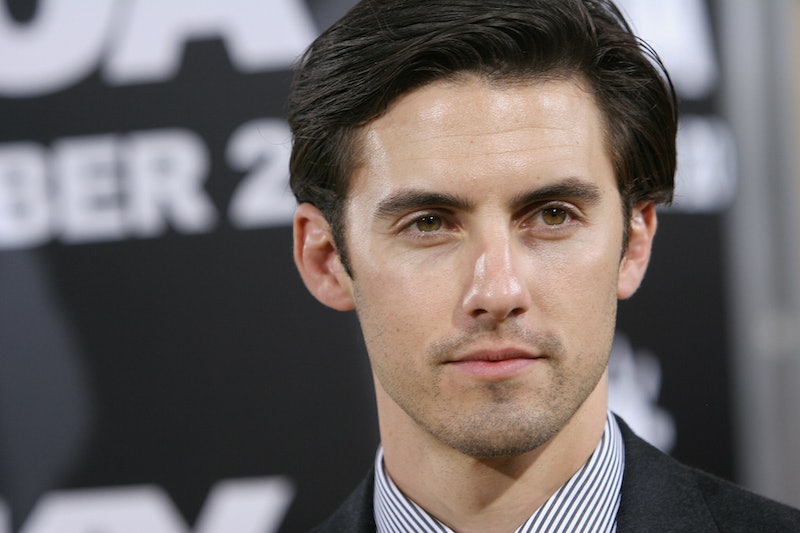 As if things weren’t complicated enough for Gotham’s Jim Gordon, the show has just announced the multi-episode arc of a new villain. Heroes and Gilmore Girls star Milo Ventimiglia will play Jason Lennon on Gotham, and according to Variety, “the Ogre” (who is unrelated to the other “Ogre” of DC Comics lore) is a “handsome, wealthy, and seductive…serial killer who has been preying on the young women of Gotham for nearly a decade.” What’s his motive? Apparently, Lennon is dead-set on finding the perfect mate. When he sees a woman he likes, he lures her into his web and subjects her to a series of tests. If she doesn’t pass these tests (which none do, due to his impossible standards), he kills her quickly and quietly. Obviously, Jim Gordon gets involved in taking the Ogre down, because Jim Gordon gets involved in everything. So when will Ventimiglia be on Gotham? Lennon will first appear in Episode 19 and since the last episode currently listed on TV Guide, Episode 17 "Red Hood," is set to air on Feb. 23., barring any major breaks, we should be seeing the Ogre around mid-March.

Ventimiglia is perhaps best known for his role as paramedic Peter Petrelli on the popular series Heroes, but for viewers of a certain nostalgic age in which The WB ruled supreme, he is most loved for playing Jess Mariano on Gilmore Girls . Because Jess is not at all my favorite boyfriend of Rory’s (that would be Logan, and definitely not Dean, because ugh, Dean, shut up already): he’s pompous, sulky, and all-around morose. Hm, kind of sounds like a serial killer, huh? Could Lennon be the man that Jess Mariano turned into? Let’s look at the similarities.

They’ll Do Anything To Get The Girl

From what we know of Lennon so far, he is so obsessed with the thought of finding the perfect woman that he literally kills in order to get it. He hasn’t given up after 10 years of searching for a mate, so he is definitely not easily swayed by adversity. Jess is also unswayable: he fervently pursued Rory even though he knew that she was going out with Dean. Remember when he outbid Dean for her basket at the Stars Hollow charity picnic luncheon? Not cool. I hate Dean, but I sure do know that you’re not supposed to run around town after a girl with a boyfriend, Jess. Sometimes what you think is romance is just stalking.

They Have Abandonment Issues

If on Gotham Lennon is a serial killer who exclusively kills women who don’t love him enough, I wouldn't be surprised if he has some kind of abandonment issue. Jess’ mother and father have also unceremoniously dumped him at his Uncle Luke’s door, so he has some abandonment issues of his own. As a result, Jess also abandons Rory (who is supposed to be the woman he loves). He skips town and leaves Stars Hollow without even saying goodbye.

Lennon subjects the women he's interested in to an unparalleled amount of tests before he can fully seal the deal (which is exactly why he hasn’t sealed the deal quite yet — all his girlfriends end up dead). After Jess bounced out of Stars Hollow so he could, I don’t know, reenact his favorite Kerouac novel or something, he rolls back into town and tells Rory he loves her. Dude, you left without saying goodbye and now you want to come back when she’s done her best to move on without you? That’s manipulation at its best right there.

So, there you have it: Gilmore Girls’ Jess Mariano shares quite a few major personality traits with a Gotham serial killer. Do we think Ventimiglia is being typecast?

More like this
Here’s When 'She-Hulk' Takes Place In The MCU
By Brad Witter
Everything To Know About 'Evil' Season 4
By Meguire Hennes
Does 'Locke & Key’s Ending Mean There Could Be A Season 4?
By Sophia Moore
‘The Simpsons’ Will *Finally* Address How They “Predict The Future”
By Sam Ramsden
Get Even More From Bustle — Sign Up For The Newsletter