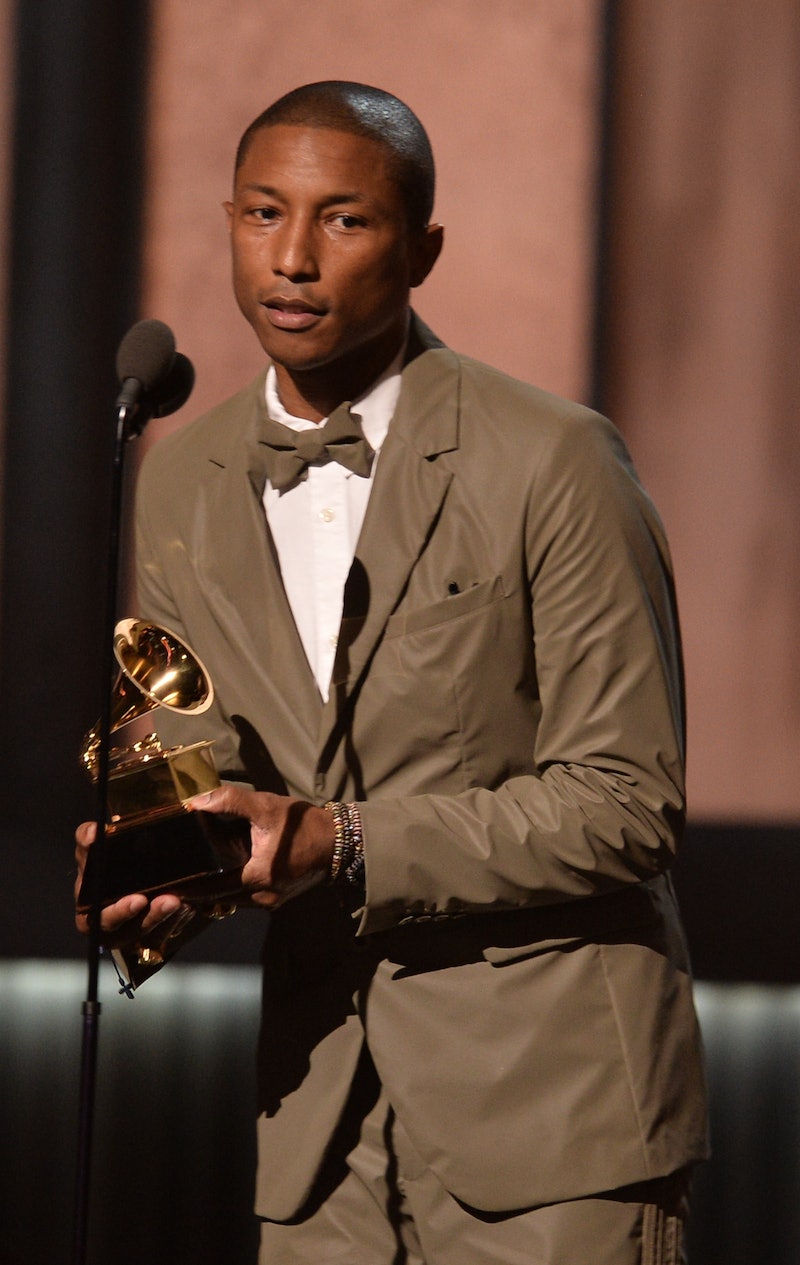 By now, we've all heard Pharrell's smash hit "Happy" more times than we can count, but we never heard it (or saw it) performed quite like this: Pharrell scrapped his infamous Mountie Hat for a bellboy ensemble that, in a way, seemed to channel Wes Anderson's 2014 film The Grand Budapest Hotel during his memorable Grammys performance on Sunday night.

The one-of-a-kind performance — which kicked off with Pharrell Williams (who won a Grammy earlier in the evening the category of Best Pop Solo Performance for the ubiquitous track "Happy") telling the audience he's a "hot air balloon that could go to space" — featured legendary Chinese concert pianist Lang Lang at the piano, as well as Hans Zimmer rocking out on the guitar. And that, amazingly, barely scratches the surface of the performance.

In addition to his unique musical guests, and his even more unique outfit (he paired sparkly yellow sneakers with his bellboy get-up), Pharrell was joined on stage by a plethora of background dancers and a full choir dancing in the aisles.

But, as many were quick to point out on Twitter, Pharrell's new take on "Happy" wasn't just a piece of performance art, but it took on a political stance as well. The singer also paid tribute to the movement in Ferguson and the now-iconic "Hands Up, Don't Shoot" protest cry that sent a very powerful and important message during the show.