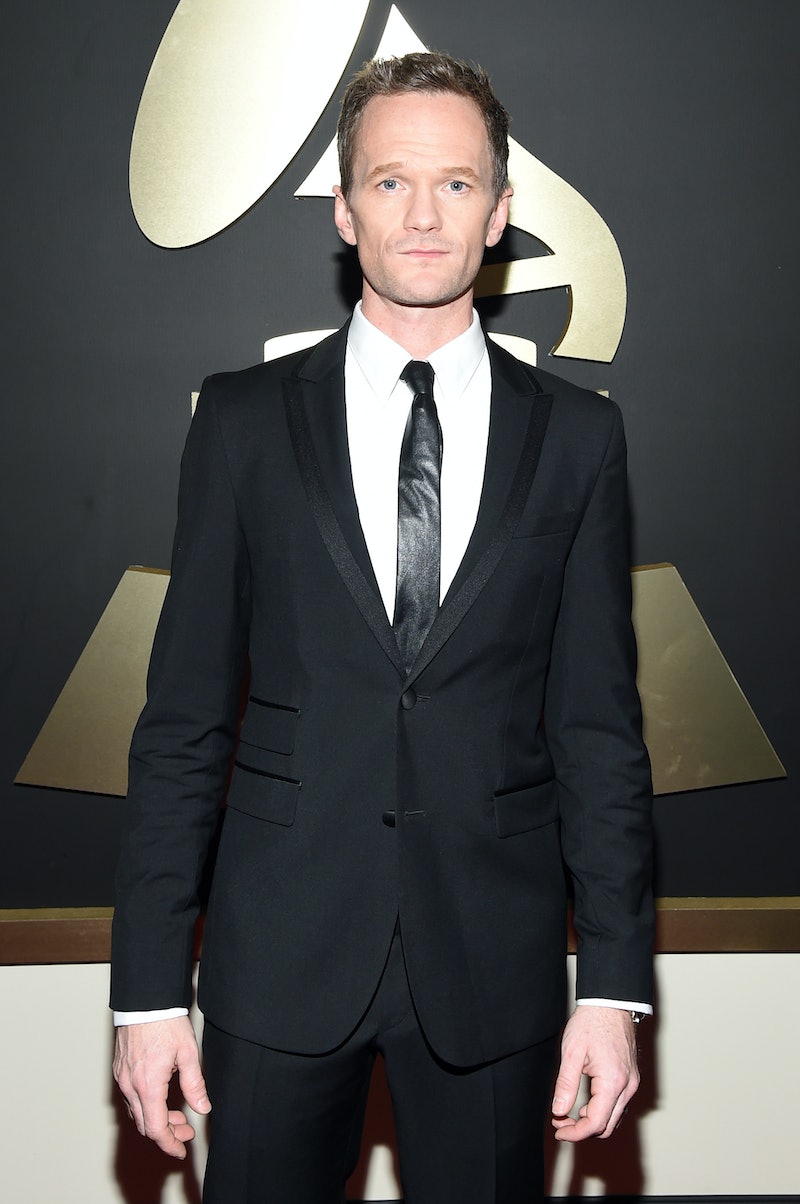 Sunday's Grammy Awards proved to be somewhat of a lackluster ceremony. The performances dragged on and the artists were barely given any time to actually say thank you for their wins. Did the producers forget that it is an actual awards ceremony? Sheesh! The Grammys are usually known for being an outlandish and wild night for the music industry, but other than a few loud fashion choices, this year was totally tame. Thankfully Neil Patrick Harris' Twitter during the Grammys came to the rescue — the man was tweeting hilarious reaction after hilarious reaction... from the audience. If his Grammys banter is any indication for how he's prepping for hosting the Oscars this year, I think we are all in for a treat.

Considering Harris' tweets were coming from inside the house, the shade he throws feels extra shady, and extra delicious. He called out everything from Pharrell's obsession with formal shorts (stop trying to make it happen, Williams!) to Kristen Wiig's unexpected turn as a modern dancer. But when it's coming from Neil Patrick Harris, even the "nastiest" of his comments are all made in good jest. He made an otherwise dull night into something worth watching — if not for Prince's orange ensemble, then at least for some masterful commentary.

Take a look at the tweets that were everyone's inner monologue about this year's Grammy Awards:

Alright, bring on the Oscars!