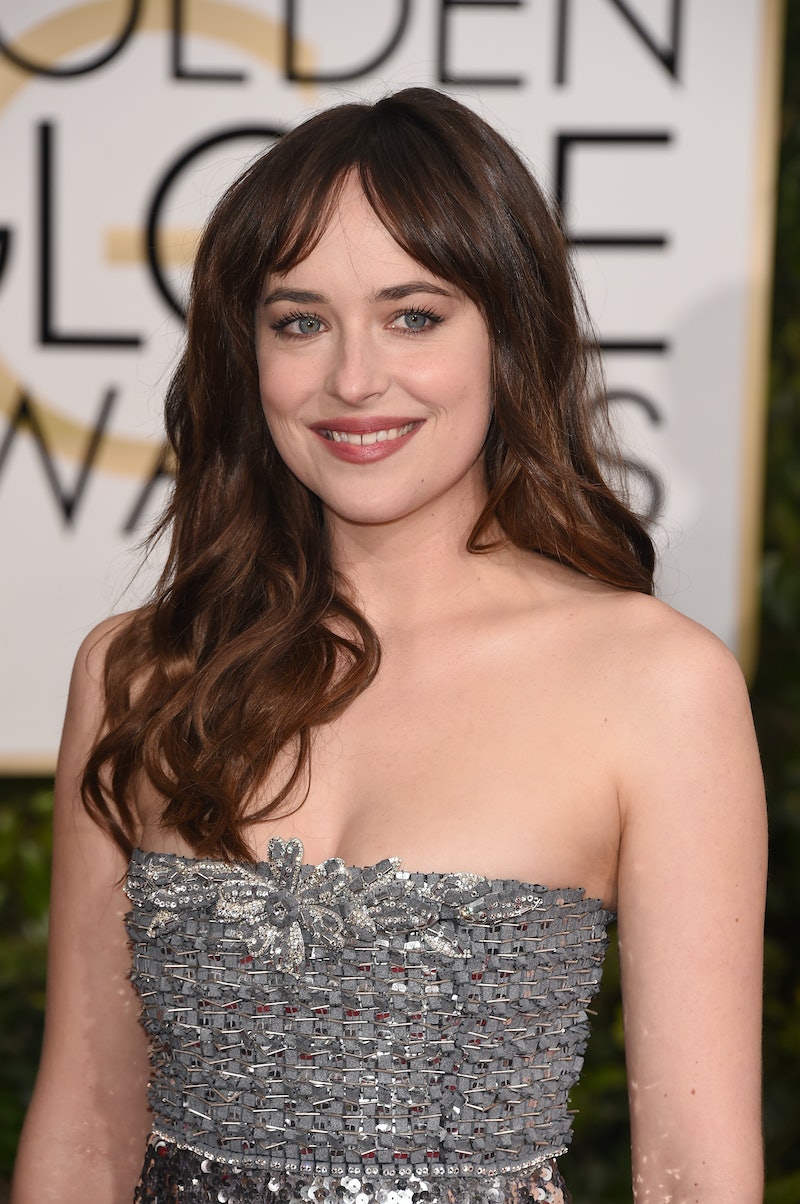 After getting tied up with Jamie Dornan, Fifty Shades of Grey 's Dakota Johnson is going to play a very different role. The actress is joining Rebel Wilson in How to Be Single , a new film based on a book from Liz Tuccillo, who also wrote He's Just Not That Into You. It's set to come out on Feb. 12, 2016, meaning that next Valentine's Day, you could be watching her learn how to live her life as a single lady and getting in bed with Christian Grey. There are two sequels to Fifty Shades of Grey coming up, after all.

This empowering novel centers around a 38-year-old book publicist who quits her job to travel the world Eat, Pray, Love-style and get away from being single in Manhattan. "From Paris to Rio to Sydney, Bali, Beijing, Mumbai, and Reykjavk, Julie falls in love, gets her heart broken, sees the world, and learns more than she ever dreamed possible," the book's synopsis reads. She leaves behind some of her single friends in NYC, including a crazy cat lady, a woman trying to find herself, and one gal who dates for a living. Considering the all-star cast already includes Leslie Mann, Alison Brie, and Dan Stevens, I'm hoping that the four ladies line up to be the leading roles and Stevens woos at least one of them. This film has been in limbo since 2008, with Drew Barrymore set to produce, so hopefully this time it's really happening.