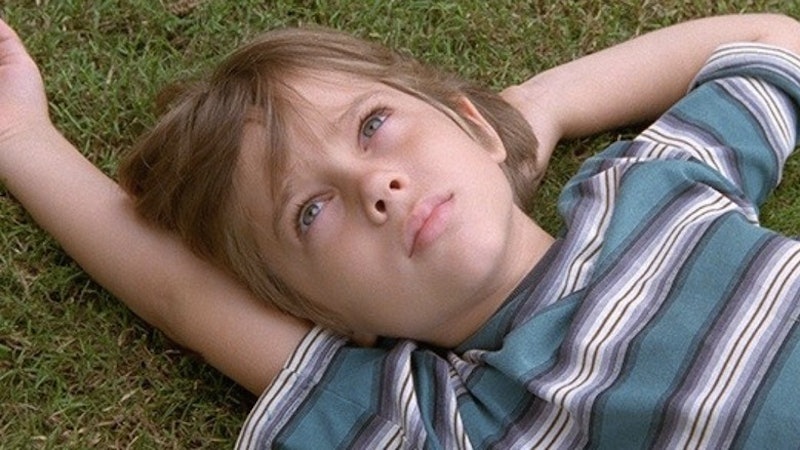 The past six years have observed total harmony between the BAFTA Award for Best Film and the Best Picture Oscar, from Slumdog Millionaire straight through 12 Years a Slave. With the British Academy of Film and Television Arts now recognizing Boyhood as its top honored movie of 2014, we could very well be looking at a seventh consecutive agreement between the two institutions. But while Boyhood is a stellar example of big screen artistry (no matter how many similarities it bears to a certain documentary series), we’re inclined to look at BAFTA’s other top tier categories for the true cinematic splendor. This year, BAFTA recognizes Ida, one of the very best movies of ’14, in its Best Film Not in the English Language category, and the drab and formulaic The Theory of Everything as its Outstanding British Film selection.

You might argue that neither one of these pictures can top Boyhood, but so often in the past 20 years has BAFTA showcased its authentic good tastes in these categories. While the Award for Best Film has the tendency to sync up with AMPAS’ xenophobic regimen, the Best Film Not in the English Language and Outstanding British Film (formerly called the Alexander Korta Award for Best British Film) tend to recognize the real best pictures of their given years.

Michael Haneke's devastating drama about an elderly man watching his wife of many decades slowly succumb to Alzheimer's disease was quite possibly the most powerful movie of 2012. Both BAFTA and AMPAS honored the swift but comparatively flimsy Argo as the best film of the year; though a fun movie, and a veritable love letter to the big screen, Argo has proved itself has as resonant as Haneke's heartbreaker.

The Skin I Live In

Another Foreign Language win for BAFTA, Pedro Almodovár's 2011 psychological thriller shone as one of the year's most evocative, creepy, and all around original pieces of work (true to form of the director's legacy). The victor of BAFTA's Best Film and the Academy's Best Picture that year was The Artist, far more the lightweight feature both stylistically and in terms of content.

We have yet to see a documentary film win Best Picture at the Oscars or snag BAFTA's Best Film, but Man on Wire — one of the finest works of nonfiction cinema in history — did at least take the Alexander Korda Award back at the 62nd BAFTAs. Slumdog Millionaire seized both aforementioned organizations' top prizes that year, but has since degraded in critical favor, while the awe-inspiring Man on Wire has only grown more precious in the eyes of the viewing public and the critical community.

While the competent but forgettable The Queen took the top BAFTA and the half-cocked but quotable The Departed took Best Picture, one of 2006's most cinematic achievements can be found in the Best Foreign Film category: Guillermo del Toro's Pan's Labyrinth. The Spanish-language macabre fairy tale is the makings of the best kind of nightmares, wholly more inviting and eye-opening than the lot of the Academy's Best Picture nominees that year.

There is little that can top the sophistication of a Robert Altman ensemble picture, especially with a hint of Julian Fellowes and murder mystery. That said, the Korda winner for 2001 didn't make the cut for BAFTA's Best Film nominations list; while the first Lord of the Rings movie (the winner of the category) was a majesty in its own right, Altman's Gosford Park is a special kind of cinema that invites the audience into a frolicking affair with its stories and characters.

Ang Lee has two BAFTA Best Film Awards to his name: one for Sense and Sensibility and one for Brokeback Mountain (which, by anyone's estimation, should have also taken the Oscar that year). But Lee's terrific martial arts picture Crouching Tiger, Hidden Dragon won only the Best Foreign Language Film for the year 2000, losing to Gladiator at the BAFTAs and the Oscars.

All About My Mother

All About My Mother is yet another Almodovár film to top its year's Best Film/Best Picture winner, the painfully dated American Beauty. Almodovár's wrenching drama well exceeds the courage of the dust-free American Beauty, which likewise deals with the issues of homosexuality and homophobia, but without any of the intimacy that imbues the conversation with true humanity.

Laced with the tragedy of its director's untimely death one day after the completion of production, Il Postino is sometimes forgotten as the wonderful work it is in its own right. It might not maintain the pop cultural legacy of Best Picture winner Braveheart or the critical reverence of Ang Lee's Sense and Sensibility, but the late Michael Radford's love letter to the arts via the story of Pablo Escobar demands to be seen.