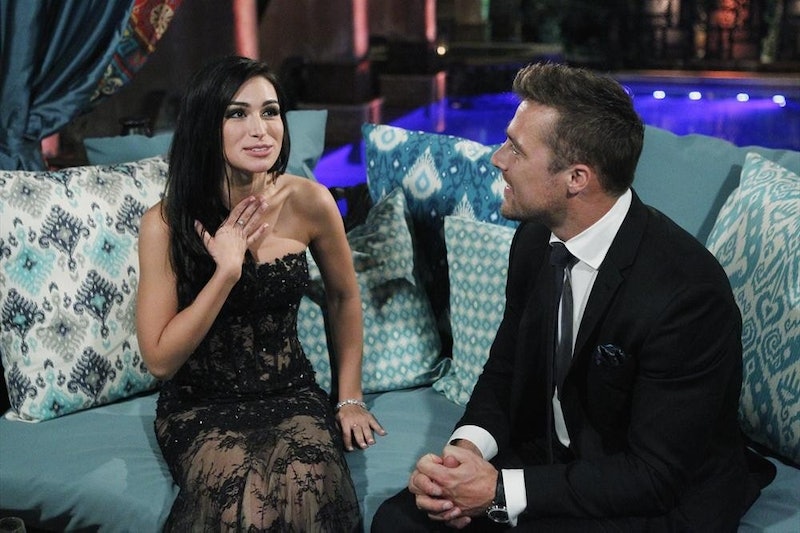 Kelsey Poe's allegedly fake panic attack on The Bachelor upset a lot of women in the house who were frustrated that she may have faked the attack for extra time with Chris Soules. But no contestant was more upset than Ashley I. who essentially accused Kelsey of lying (or at the very least, pulling the "widow card") to get a rose. I'm not saying that Kelsey did or didn't fake her panic attack for ulterior motives, and it's possible she is using her story to get ahead. But whatever the truth behind Kelsey's meltdown, I do think Ashley's response to the situation was a little messed up.

Ashley's already established herself as a mean girl of the house. Last Monday she was insistent that no one should have been nice to Jordan since she was potentially returning for one of their spots. “I feel like you’re being too understanding. She blew her chance. I don’t understand why you girls would be welcoming to her,” Ashley told the other women. “You have to think of yourself as number one.” Then later she called Whitney "fake as s—t" after Chris gave her the rose.

So having dug her own Regina George-shaped hole, I'm not surprised Ashley was infuriated with Kelsey's antics. Prior to the rose ceremony, Ashley sobbed angrily to the camera that Kelsey was "using the widow card and the fainting spell" to win favor with Chris. Then she lamented that she didn't have her own sad story to use to keep her around. Um, hi pot, meet this kettle.

It makes me angry that Ashley would wish she had a sadder life (what?!) so she could win a reality TV competition. As manipulative as Kelsey might be, I'm pretty sure she'd rather have her husband still be alive than "winning" The Bachelor by using the widow card. Ashley needs to bring things down a notch, because like Whitney said last week, "Chris does not want a mean girl for a wife.”