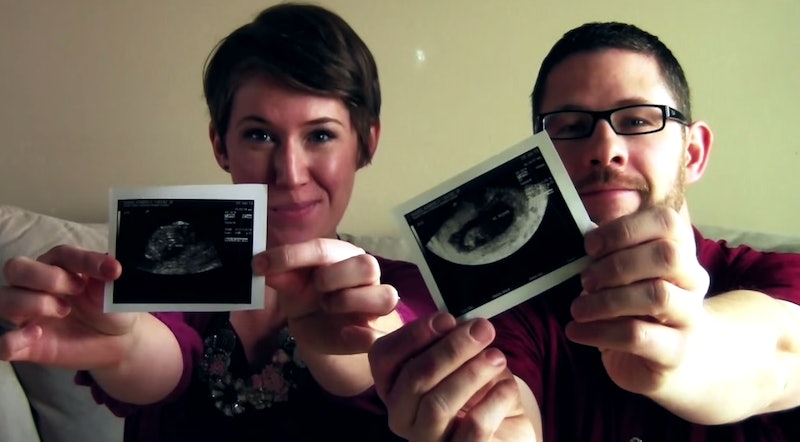 Anyone who has ever had the misfortune to be near me when I am near a baby knows that I am obsessed with them. I'd like to think the feeling between us is mutual. Perhaps because I have retained these chubby cheeks all my life and thus have a semi-permanent baby face, the babies think of I am one of them. While that's not (entirely) true, the fact remains that I am that annoying person who starts talking to your kid when you're carting a stroller in the Starbucks line even though you're in a rush. It's not really my fault that your adorable kid keeps attracting strange, new, high-pitched friends.

Yes, I am starting with Beyoncé, and no, I will not apologize. That mic drop was so tremendous that it impregnated a thousand other women across the globe.

But I guess a kid is cool, too.

3. This couple who parodied "Blank Space"

I think it's safe to say, at this point, Taylor Swift has seen it all.

4. This couple who made a full-on sci-fi trailer

Always happy to welcome another future Trekkie into the human race.

5. This brother "promoting" his little brother to older brother status

Real talk: I don't even have to be able to understand this kid to cry about it.

6. This woman who surprised her sister with an engraved "Aunt" mug

Free stuff = the best way to announce any kind of news, ever.

8. These humans who roped Vanilla Ice into their announcement

The cold never bothered them anyway.

9. This couple who announced it during a family game of charades

THIS IS THE THEATER KID DREAM RIGHT HERE.

10. This couple who snuck their ultrasound video into a compilation of family baby videos

If you ever thought you were excited about anything before, you were wrong. Because you were not part of this insane family that I want to adopt me, stat.

Honestly, it's the tiny fruit that finished me.

Normally I'd hate anyone who takes the word "cheese" in vain, but for them I will make an exception.