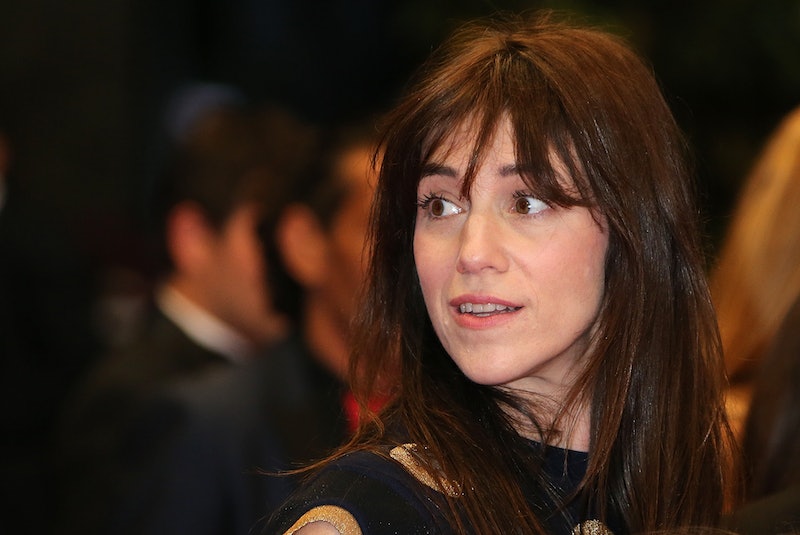 Frequent muse of filmmaker Lars Von Trier, Charlotte Gainsbourg, was recently seen wearing a bucket hat while arriving at Berlin’s Tegel airport, reports The Cut. The matriarch of cool paired the accessory with a boxy black coat, a minimal black top, dark loose-fitting denim, and some sneakers that appeared to have actually been worn before her departure. Why is this news, you ask? Because Gainsbourg is the only person in recent memory who looks good in a bucket hat.

Now, before you point to any number of blogs who claim that ‘bucket hats are back,’ stop right there. "On trend" runways run amok be damned (we’re looking at you, Burberry). Feel free to Google Image search the headwear and see for yourself that it looks good on literally no person. No person, that is, but Charlotte Gainsbourg.

"How the bucket hat became a symbol of cool is beyond me," write Bustle’s Tori Telfer. "The shapeless, often-wrinkled, vaguely floppy brim? The garish colors and weird floral prints? The fact that men tend to embrace them wholeheartedly as though one bucket hat cancels out a host of sartorial sins? It’s all a mystery, and it ain’t pretty."

In the words of everyone's favorite mean girl, "Stop trying to make bucket hats happen." Unless you’re Charlotte Gainsbourg, in which case you may proceed accordingly.