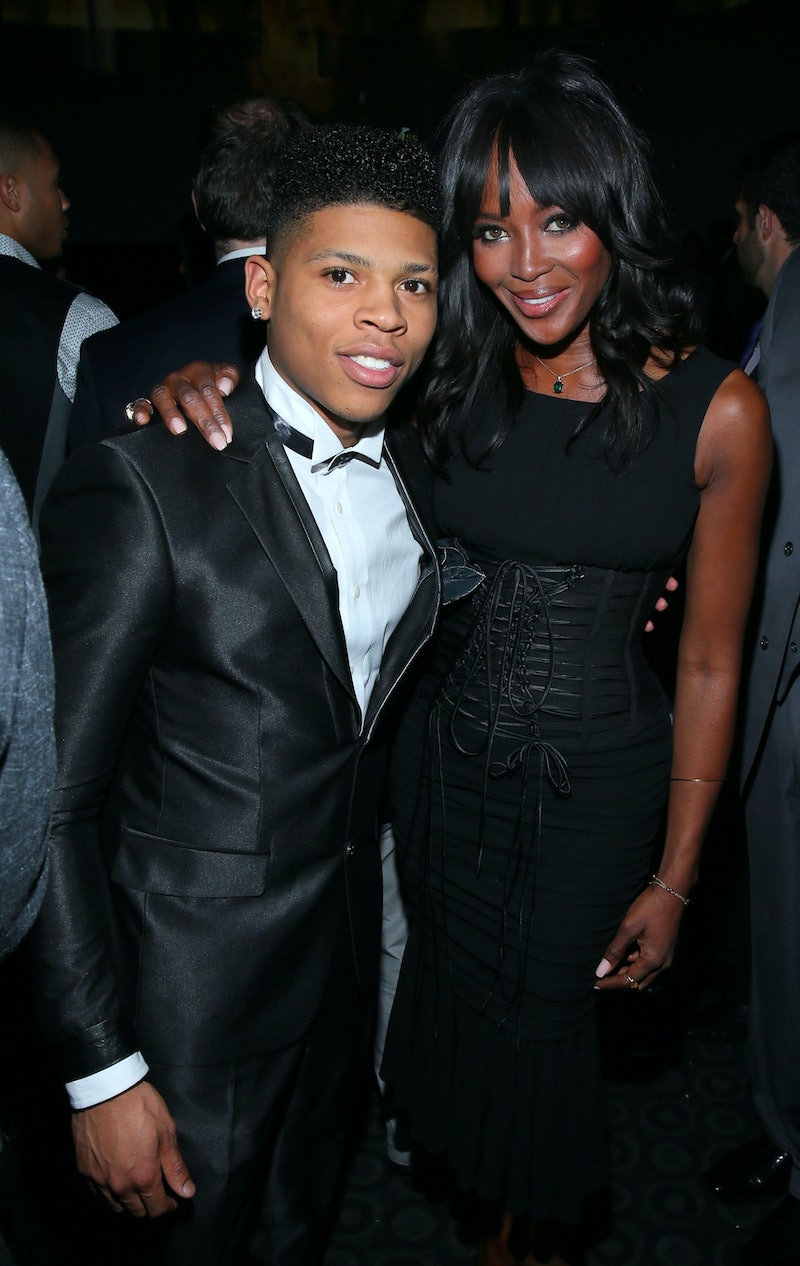 When you have an important question that needs answering, that's when Google comes in and saves your life. (You know, like, "What would happen if my cat went into a black hole?" which would probably send you into a strange corner of the Internet...) But there are some times when Google does fail you and you have to take things into your hands. I am a big fan of Fox's new show Empire and am definitely feeling the actors who play Lucius Lyon's talented sons. There's a lot to learn about Bryshere Gray, who plays musical prodigy Hakeem Lyon on the show, like the fact that he's a rapper in real life. But something else you may be wondering is, how tall Bryshere Grey is? Ya know, because he's so much shorter than supermodel Naomi Campbell on the show.

You would think it'd be easy to find this information on Google, but not everyone is an A-lister who has their height pop up automatically with a quick search. Height talk is important for short people like me (I'm 5'2" on a good day), and I like to compare how I would look against celebs. We all do that, don't lie.

Upon doing some extensive research (and, well, scrolling through photos on his Instagram), I can conclude that Gray is on the shorter side and we all know that good things come in small packages. At least, that's what my mom told me. And to catch up on everything that happened in Empire Season 1, check out the recap video below.

Standing Next To A Supermodel

One thing Google could tell me for certain is that Gray's co-star on Empire, Naomi Campbell, is 5'10" and we all know that she's got the incredible legs for days to prove it.

The angle situation might be off in this photo, and Campbell appears to be bending down. Also, since she is a supermodel, I haven't a doubt that she's wearing some five inch Givenchy stilettos at all times, so we might have to look deeper into this one since. Plus, we don't know his shoe situation or how much he's crouching down.

Now we are getting somewhere! Everyone knows that Snoop Dogg is super tall, so this photo of Gray and Snoop tells us a few things. Mainly, that Gray is at least a head shorter than the rapper. Snoop is about 6'4" so nearly everyone would look tiny next to him, and based on this photo, I would say Gray measures around the 5'7"-5'8" range. I also looked up photos of Lil Bow Wow (rumored around 5'7") and Snoop Dogg, and it definitely seems like Gray is at least a tiny bit taller than Bow Wow, so that estimate puts him at around 5'8".

Last But Not Least, DOYLE!

I would have never expected in a million years to see Danny Strong (aka Doyle McCaster) of Gilmore Girls fame to be chilling with Hakeem Lyon, because to me, Doyle lives in a parallel universe and still works at the Yale Daily News. But in real life, Strong is a writer on Empire — mind blown! Now, we know that actor Danny Strong is quite a petite man. On the show, Paris was taller than him even though actress Liza Weil is only about 5'4". Strong is the shortest person in this photo, and I can confidently say that given this photographic evidence, Bryshere Gray must be about 5'8" tall! You're welcome.