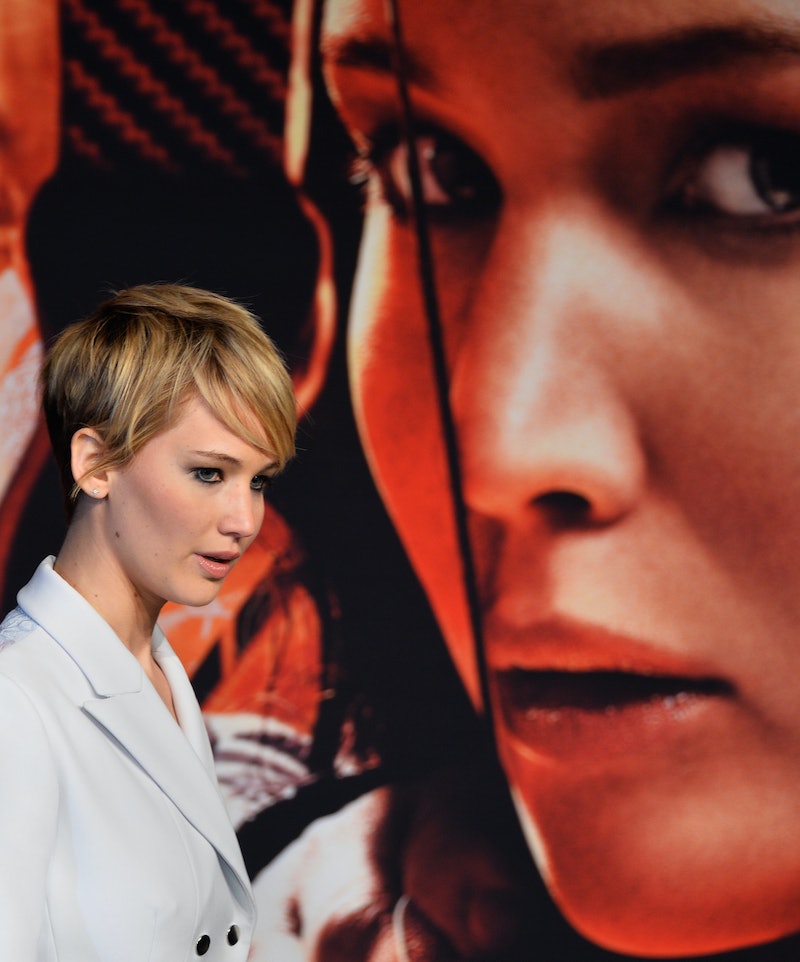 I know, I know: It's been a while since the world got its most recent Hunger Games fix. Fans probably saw Mockingjay – Part 1 when it hit first theaters late last year, but, of course, that wasn't enough — Mockingjay — Part 2 is months away from being released in theaters, and we don't even have a copy ofMockingjay — Part 1 yet to rewatch over and over until then. These are tough times! Thankfully, though, we can all take solace in the fact that they're almost over: Mockingjay – Part 1 is expected to be released on iTunes on February 17, 2015.

I assume that the Hunger Games super fans will turn out in droves to download the movie — in fact, I would not even be surprised if the fans help break some sort of record for the most number of movie downloads on iTunes. It's been way too long without any new Hunger Games content, and though promotional videos like Wednesday's Finnick Odair-centric clip from the official Hunger Games Twitter account is great, it's still not the same as getting to watch the most recent movie in full at the click of a button.

So, there you have it: mark it on your calendars, and take a sick day from work because marathoning this movie all day is gonna take some time: Mockingjay — Part 1 will hit iTunes on Feb. 17, 2015.