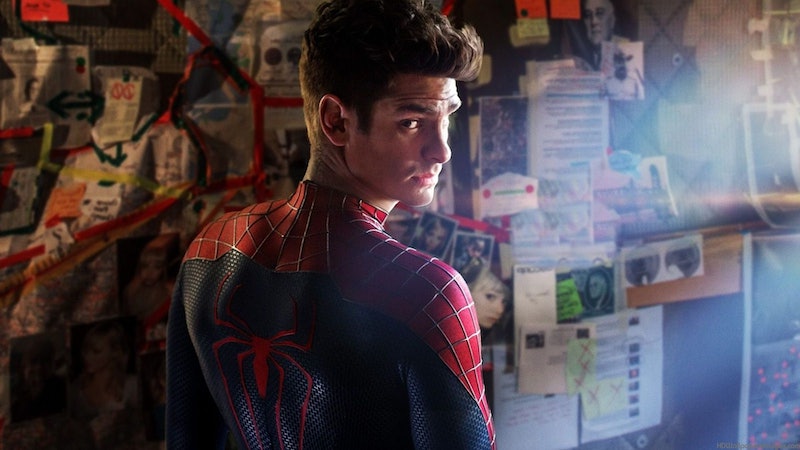 In the past decade and a half, the world has seen two version of Spider-Man brought to life on the big screen. First, we got the Sam Raimi version. Star Tobey Maguire played a meek, self-serious oddball thrust only by the tides of fortune into a life of web-slinging heroism. A young man defined more by his unrequited love than by his powers or plaguing guilt.

Five years after the collapse of Raimi’s superhero series, we got a turn from Marc Webb. This Spider-Man, played by Andrew Garfield, was caustic, moody, and quick with a quip. His romantic life was far more fortuitous than that of his introverted predecessor, finding a healthy relationship with fellow intellectual Gwen Stacy. And perhaps the most important narrative distinction: Webb’s Spider-Man was destined to be Spider-Man. While Raimi’s hero stood as a living epitome to the “anyone can be a hero” maxim, such an identity was quite literally in Garfield’s blood.

Now that Spidey will be finding home in the Marvel Cinematic Universe — joining forces with Iron Man, Captain America, Thor, the Hulk, Black Widow, and the rest of Disney’s blockbuster characters — we’ll have yet another chance to see his identity attempted once more. With a third directing eye lent to the Parker gambit (most likely that of the Russo Brothers, as Spider-Man’s first MCU appearance is at present assumed to be Captain America: Civil War), we’ll be seeing an altogether independent take on the age old character.

That said, we shouldn’t expect total estrangement from the character as we knew him in either Raimi’s or Webb’s movies. But which of elements from each set of films will best suit the Spider-Man we meet in the Marvel Cinematic Universe?

After an Amazing Spider-Man that felt in all substantive ways like a rehashing of Raimi’s 2002 venture, director Webb opened the door on young Peter Parker’s personal history, delving into the experiments of his ill-fated father Richard Parker and how this work set the Peter’s life on a course without much wiggle room. This mythology will likely be the first thing Marvel axes in transplanting Parker into its assembly.

The “destiny” angle, even when delivered through Webb’s whodunit-style thriller, runs more in line with the DC cinematic vision than with the Marvel; the majority of the Avengers are products of chance and action: Tony Stark is a self-made superhero, Steve Rogers an adulthood transformation, and the Hulk just one unlucky S.O.B. While Parker’s supernatural predisposition toward super heroics might operate in tandem with the stories of Thor and, perhaps, the half-alien Peter Quill, the Marvel tone in general favors its heroism sprouting from the heart, not the genes.

Next, we delve into Spider-Man’s supporting characters — namely, his girlfriend. If loyal to its source material, Captain America: Civil War (again the likely platform for MCU’s introduction of Spidey) should involve a thriving romantic relationship between Parker and Mary Jane Watson, the character Kirsten Dunst played in the original Spider-Man trilogy. By the time Civil War takes way, Gwen Stacy has died (much like she, played by Emma Stone, did in Amazing Spider-Man 2), and is referenced at least once in the arc. But without much time to build a complete character history, Marvel might limit itself to just one girlfriend for Parker. Mary Jane seems like the feasible choice.

Finally, Spider-Man’s personality. Whereas Webb’s Spidey mythology feels more like a DC construct than a Marvel, it’s Raimi’s Spidey demeanor that reminds us more of Clark Kent than Iron Man. The impossibly earnest, nearly humorless character tops even Steve Rogers in severe purity; that quick-witted, wise-cracking, if not a little anxious take more readily accessed in Webb’s films would fit in leagues better among the sharp-tongued Avengers. Likely, some Whedonized or Russocated middle ground would best suit the character, but you can bet that he’ll know his way around a joke.

It’ll be quite a while before we know exactly what kind of Spidey we’ll get in the MCU, but the fact that we’re getting one at all is extraordinary in its own right.