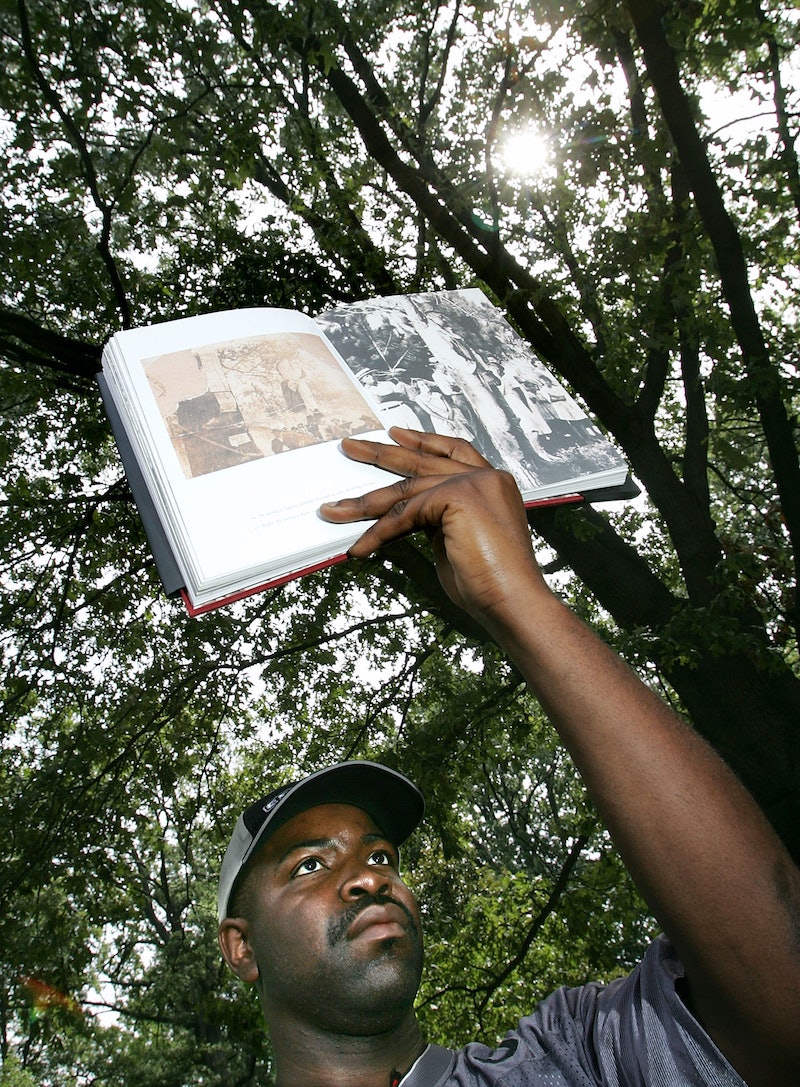 Just like the typical dysfunctional family, the U.S. tends to sweep uncomfortable or less-than-glamorous aspects of our nation's history under the rug, never to be talked about. Most issues involving race relations have been stuck under that rug for decades. A report released this week by the Equal Justice Initiative (EJI) in Montgomery, Alabama, documenting 3,959 lynchings of black people from 1877 to 1950 in Southern states offers an opportunity to educate ourselves and discuss a horrific aspect of American history.

The report maps out how many lynchings took place in each state and county, with Georgia, Mississippi, and Louisiana having the highest number of victims overall, showing that these were not isolated incidents, but rather a problem that extended across the entire southern U.S. The EJI wants to signify the sites of the brutal murders with plaques and memorials, as they largely remain unmarked and unrecognized. The report says:

The U.S. could learn from Germany's example — the Holocaust Memorial and the Holocaust Museum in Berlin properly acknowledge their country's atrocious history and commemorates the victims. They also serve to educate the younger German generations about their national past. As the saying goes, education keeps history from repeating itself.

The EJI report explains that ignoring the existence of these lynchings has kept the affected communities from recovering. U.S. cities still struggle with race relation issues, made apparent by the recent protests across the country after white police officers were not indicted for killing black men in Ferguson, Missouri, and New York City, sparking the subsequent #BlackLivesMatter campaign. The report says:

These problems will obviously not be solved overnight, but a great start would be to recognize the South's history of racial terror and discrimination. Although slavery and the civil rights movement are taught in schools, they are often glossed over, and the extent of the issues is not made clear. Moving forward as a nation requires memorializing the nearly 4,000 victims of lynchings, educating young people about the facts, and discussing difficult issues. Let's talk about our past — all of it.