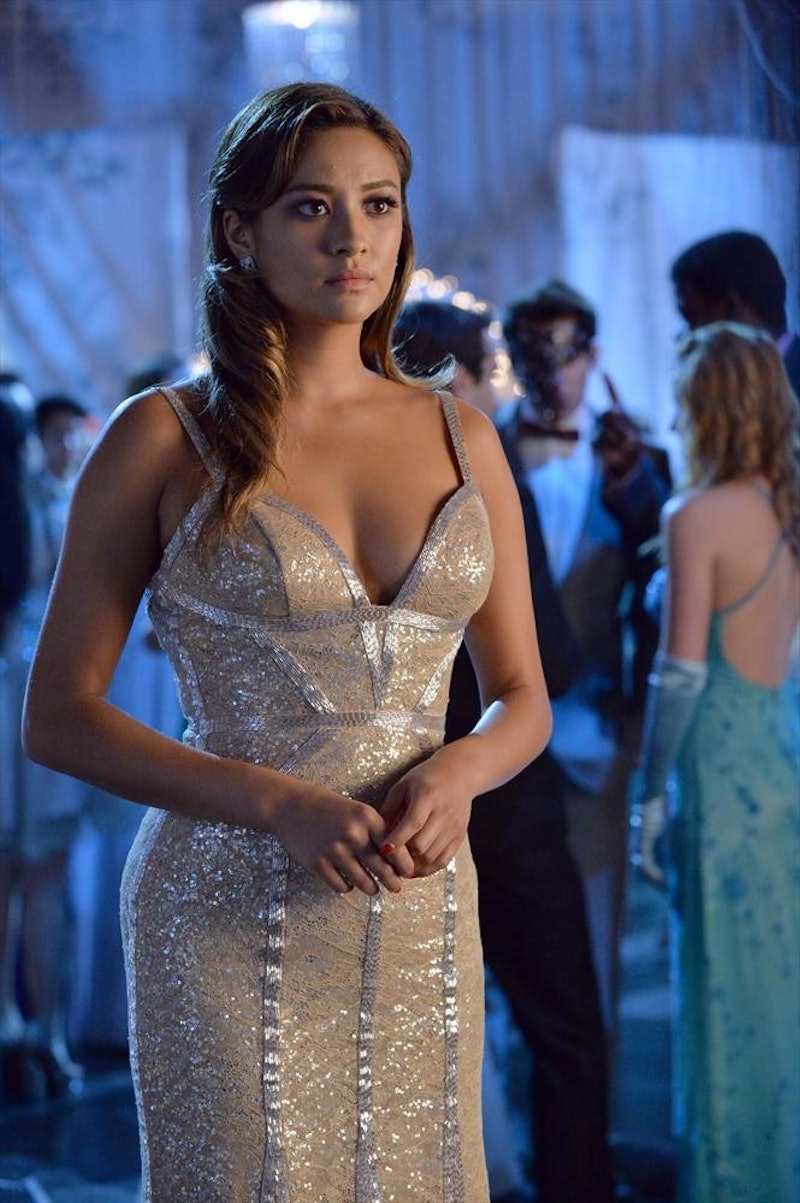 As anyone who has ever been on Tumblr can tell you, the Pretty Little Liars fandom is one of the most dedicated out there. The Internet is filled with Pretty Little Liars theories that cover everything from the identity of A to Mona's final fate to what the hell is really going on at Radley and everything in between. It's clear that fans put a lot of time and thought into crafting their theories. They manage to pick up on even the smallest clues the writers have left us, and put them together to answer questions you didn't know you had. In an interview with Bustle, star Shay Mitchell reveals all that hard work is worth it, as PLL writers read fan theories, so passionate fans may actually be influencing the show.

"I’ve seen SO many of them and they have some really great ideas," Mitchell says of viewers' theories. "Our writers are paying attention to the different tweets and the comments and the feedback that the fans have given them. It’s always really interesting to see their ideas, and who they think A is." She might be so intrigued, because she doesn't know who A is herself.

Though fellow PLL actress Lucy Hale said on Late Night with Seth Meyers that she is the only star who doesn't know A's identity, it turns out, Mitchell is right there in the dark with her. However unlike Hale, who said she begged everyone to share the secret, Mitchell doesn't want to know.

"I have no idea, I don’t even wanna guess," Mitchell says of the A mystery. "I’ve left it up to the writers and I’ll find out when it’s in my script...Some of the girls do, they’ve asked the writers, but I have chosen not to." You have to respect Mitchell's self-control. Having the opportunity to learn the answer to PLL's biggest mystery, which has been five years in the making, and not taking it? That's dedication.

It seems that when we finally learn who A is on PLL, Mitchell will be just as surprised as fans. Unless, thanks to a brilliant theory, she's known all along.

More like this
The 'PLL: Original Sin' Creators Say A’s Identity Will Be “Very Clear” By The Season Finale
By Alyssa Lapid
Every Horror Movie Reference In The 'PLL: Original Sin' Premiere
By Alyssa Lapid
Everything To Know About 'Evil' Season 4
By Meguire Hennes
Does 'Locke & Key’s Ending Mean There Could Be A Season 4?
By Sophia Moore
Get Even More From Bustle — Sign Up For The Newsletter