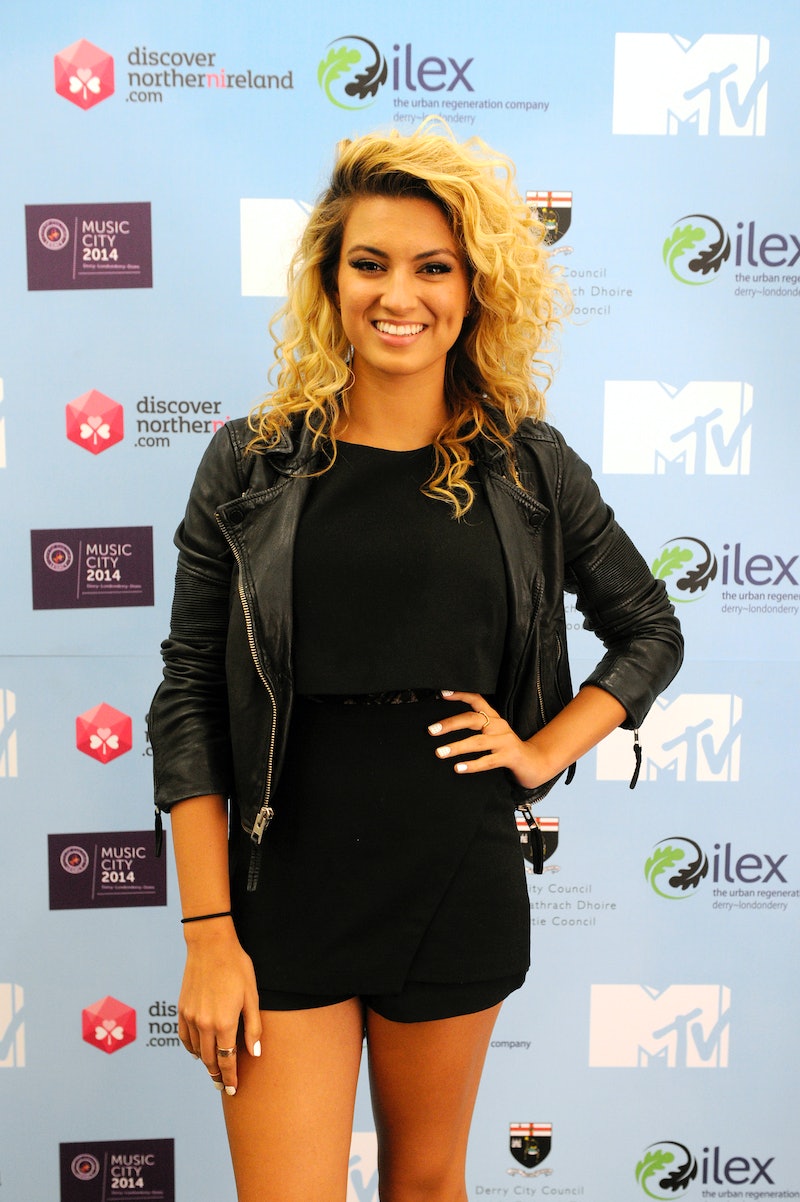 I am a huge music fan and a big fan of YouTube singers. I could literally spend an entire evening watching covers and college a capella competitions on a constant loop. A few years ago, I stumbled across singer Tori Kelly, a girl with a gorgeous voice who posted some incredible covers on her YouTube channel. From then on, I would peek over at her page every once and while and Kelly always delivered the goods. Bustle recently covered the release of her Max Martin-produced debut single, "Nobody Love," which has the same vibe as Ariana Grande's "Problem", and if the success of that song says anything, 22-year-old Kelly might be a household name soon. But before she hits the radio waves some of you may want to know more about who exactly she is.

Although I can say I've been a fan of hers on the Internet for a few years, I never really knew that much about her background. But I recently found out that she's worked with a list of super successful people even before releasing her first album. I also learned that she's got some pretty famous fans already.

So let's get to the nitty gritty and introduce you to the talented and beautiful vocalist who you are going to hear a lot about in 2015.

Kelly's YouTube channel has over 40 videos, a mix of covers and originals, that she has been uploading since 2007. The first video she ever shared was of herself at 11 years old singing "Go Tell It On The Mountain," and it proves that this girl has had serious talent for a very long time. Her most popular video, by far, is her amazing acoustic cover of Frank Ocean's "Thinkin' 'Bout You," with over 22 million views!

She Is Managed By Scooter Braun

I guess Scooter Braun has a thing for YouTube singers. He is famously known for managing Justin Bieber after he saw some of his YouTube posts and is also manager for Ariana Grande and Carly Rae Jepsen, among others. According to Kelly's official site, Braun attended one of her first shows in L.A. and immediately signed on to represent her and get her a deal with Capitol Records.

Sam Smith Is A Big Fan

Sam Smith is undoubtedly one of the biggest pop stars on the planet right now, especially after his four Grammy wins! Well, looks like talent recognizes talent, because in October, Smith invited Kelly to join him as an opener on his U.K. tour. Smith has also shared kind words on when he first heard Kelly sing. He said, "I saw her sing this song live, and I’d never reacted physically to a singer like that before in my life. Her vocal ability is unbelievable. She’s a master of her voice, and this song showcases that voice, which is like candy covered in honey.”

Back in 2013, Kelly announced that she had collaborations with Pharrell Williams and Ed Sheeran in the works. Her work with Williams resulted in vocals on his album G.I.R.L . Most impressive is that pop producer extraordinaire, Max Martin, is the executive producer on her upcoming full-length album, along with songs by Savan Kotecha (Britney Spears, One Direction), Toby Gad (Fergie, Beyonce), Claude Kelly (Kelly Clarkson), Ed Sheeran, and more. All of this news has got me so excited to hear what she's got in store!

She Has Already Played Major Venues

More like this
“I’m Not Here To Make Friends” Speaks To A New Sam Smith Era
By Maxine Harrison
Watch Kelly Clarkson Sing A Taylor Swift Breakup Song About A Toxic Relationship
By Alyssa Lapid
Cardi B, Olivia Rodrigo & More Will Present At The 2023 Grammys
By Jake Viswanath
Will Beyoncé Perform At Or Attend The 2023 Grammys?
By Jake Viswanath
Get Even More From Bustle — Sign Up For The Newsletter
From hair trends to relationship advice, our daily newsletter has everything you need to sound like a person who’s on TikTok, even if you aren’t.