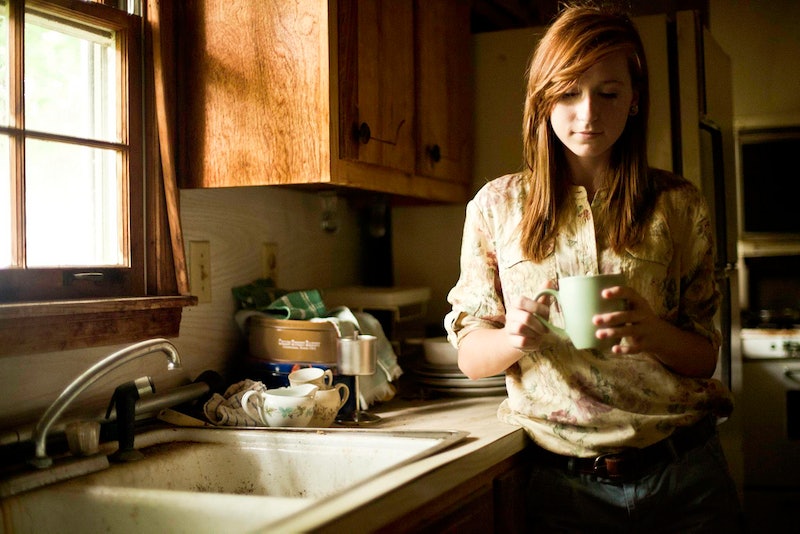 This Thursday, Feb. 12 is International Day of Women's Health. The day, organized by the Canadian Foundation for Women's Health, brings into focus the health issues that affect women most, how to prevent them, and the symptoms to look for. Considering how often women are underrepresented in health studies, drawing attention to women and their specific health risks is essential.

Take, for example, that in heart-related studies, women make up only 24 percent of the participants, or that a 2006 study by the Journal of Women's Health found that in 46 clinical studies conducted during 2004, women made up less than 25 percent of those participants, too. Yet when it comes to diseases such as heart disease and breast cancer, women actually have higher mortality rates and are often not getting the early treatment necessary, because their symptoms are frequently overlooked.

So let’s take this year’s International Day of Women’s Health to educate ourselves on the top 10 health risks (defined as a disease with a mortality rate that is higher than average) facing women today.

According to the Center for Disease Control, in descending order, here they are. And remember: With all these health risks out there, it's time we become aware of just how often we, as women, are at risk. Doctors may be able to provide treatment, but it's up to us to go to them whenever anything seems even slightly off with our bodies. Early detection is paramount.

Although medical professionals prefer the term septicemia, blood poisoning happens when the blood becomes infected from external bacteria that has made its way into the bloodstream. It may only cause the death of 1.5 percent of women, but blood poisoning is a fast moving and aggressive infection that needs to be taken care of immediately. It’s often associated with meningitis and endocarditis.

Kidney disease is the result of many contributing factors like diabetes, high blood pressure, cardiovascular issues, and genetics. It also accounts for roughly 2 percent of women’s deaths, and has no symptoms in its early stages. Only blood and urine tests can identify it.

8. Pneumonia And The Flu

It’s definitely scary to think that something many of us get every winter can be deadly, but when flu stats are combined with pneumonia stats, they collectively make up for just over 2 percent of women's deaths a year. Both pregnant women and elderly women are more susceptible to catching both infections. Maybe you should get that flu shot after all.

About 3 percent of the deaths of women can be attributed to diabetes. According to the CDC, over 12 million women have diabetes; most of these cases are Type 2 diabetes, which can be prevented through lifestyle changes. Almost 25 percent of these women haven't been diagnosed yet, so they don't even realize they have it.

A slightly greater health risk than diabetes, unintentional injuries are responsible for the death of 3.6 percent of women in the United States. From falling to drowning to poisoning, and, of course, traffic collisions (which account for a one-third of these accidents), this health risk goes hand-in-hand with either bad luck or poor decision-making.

Alzheimer’s is responsible for the death of 4.7 percent of women, and two-thirds of those who have it are women. More women die from Alzheimer's per year than men. Studies have found that women are more prone to Alzheimer’s than men because the production or estrogen, which protects against memory loss, decreases after menopause.

More commonly known as COPD, chronic obstructive pulmonary disease is caused by chronic ailments of bronchitis and emphysema. Although it accounts for almost 6 percent of women’s deaths, according to the American Lung Association, it’s very preventable: 80 percent of the time, it’s the result of cigarette smoking.

Strokes are not only responsible for 8 percent of deaths of women in the U.S., but the death of 3 million women worldwide. Strokes also kill more women than men, and even when they don't kill, the trauma is so severe that it can last a lifetime. Strokes are the number one cause of long-term disability, costing the U.S. over $36 million a year in stroke treatment and recovery.

With 22 percent of women in the U.S. dying from it each year, cancer is the second-biggest health risk for women. And while we often associate breast cancer with women more than any other cancer, breast cancer is actually second to lung cancer in its death rate among American women as a whole.

According to the CDC, of all the cancers, lung cancer is the number one killer for women of all ethnicities, excluding Hispanic women, for whom breast cancer is the top cancer that results in death.

Although it may be 80 percent preventable if it's caught early, heart disease accounts for the death of roughly one woman every minute in the U.S. Since 1984, more women than men have died from heart disease, in large part because the stigma around it being a "man's disease" keeps early detection from happening in far too many cases.