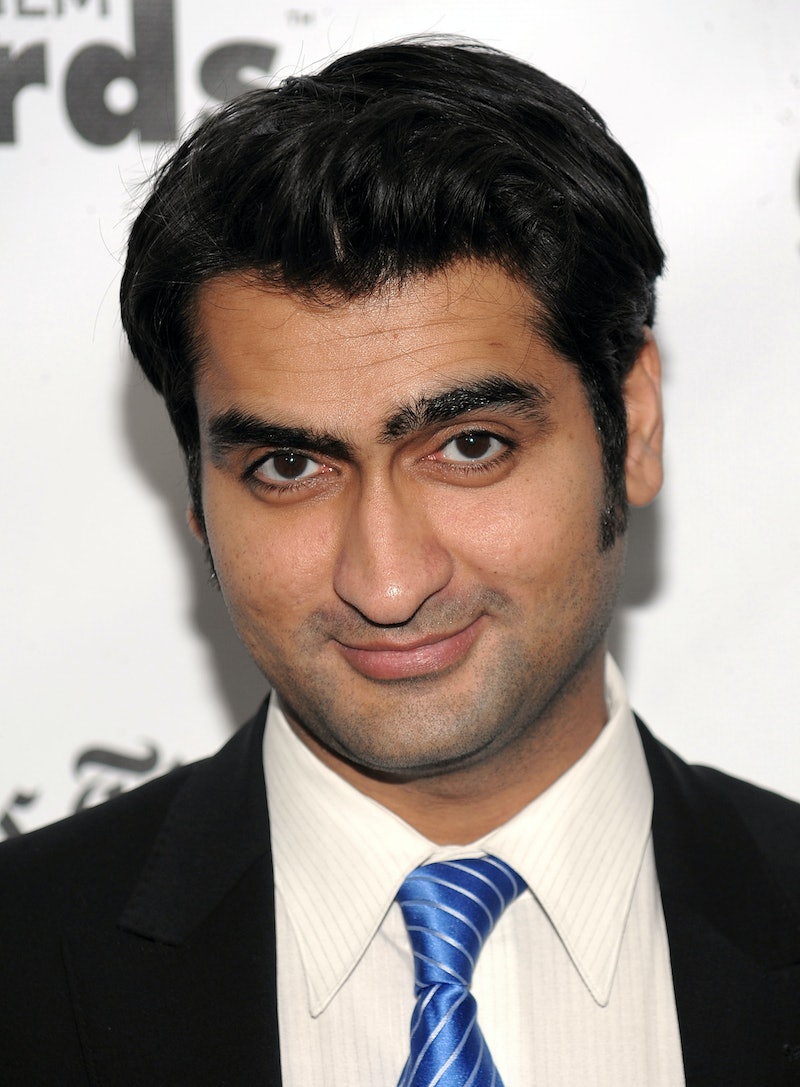 The Internet went slightly a-flutter last week when it was announced that nerd icon Nathan Fillion would be guest-starring on Season 5 of nerdy icon sitcom Community. And that's super exciting! We can't wait for Captain Tightpants to go head-to-head with Jeff Winger's massive ego. We can't wait for the minimum of five Firefly references that will definitely be made. Something else we're excited for, though? The rumor that comedian Kumail Nanjiani will also be guest-starring on Community for that episode.

Nanjiani's been hanging around the comedy world for quite a while, doing awesome bits on heroin and his birth-country of Pakistan. You might recognize his face from Franklin and Bash, or from his roles in Portlandia and Burning Love, or his guest-spot on Veep (he played a statistician). Community creator/executive producer Dan Harmon mentioned the casting in a recording last night of his podcast Harmontown. Talking about Nanjiani (who often takes part in the podcast but who was absent that night), Harmon said that Najiani would be in "next week's episode with Nathan Fillion." (NBC confirmed Nanjiani would guest star in one episode, as the "right hand man" to Fillion's character, Bob Waite.)

Community season 5 still doesn't seem to have an airdate (god dammit NBC), but it's certainly much-anticipated as it marks the return of once-cast-off but much-beloved creator Dan Harmon to creative control of the show.

So we're exceedingly hopeful — Nanjiani is hilarious, Harmon is a genius, and Nathan Fillion will be there So we can't not be excited, right?