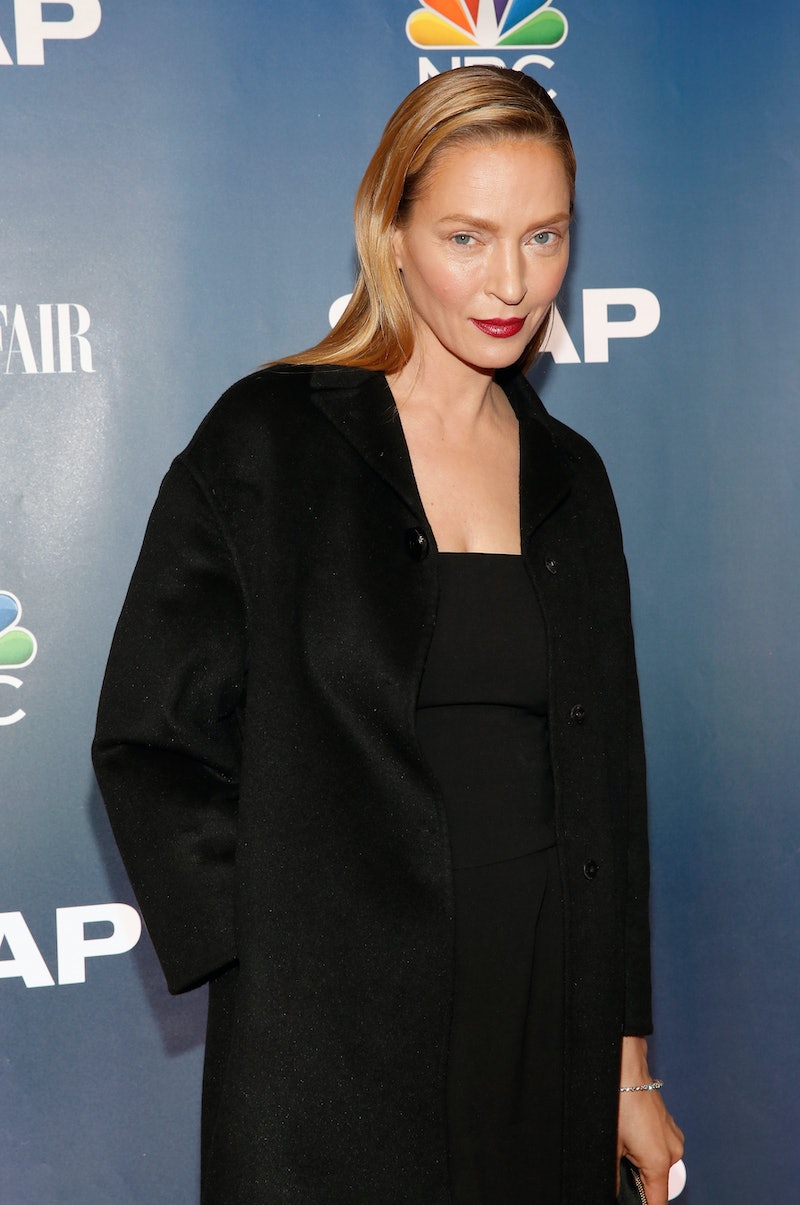 When Uma Thurman looked "different" on the red carpet for her new show The Slap, the internet reacted by attacking her and starting plastic surgery rumors. On Thursday, the actress responded to the confusion about her "new look" on the Today show in the best way, brushing off her haters. "I don't know — I guess nobody liked my makeup!" she said of the online critiques, later adding, "I've been doing this for years and years and years, and people say things nice and people say things mean, and it's just like, whatever. ... You take the good with the bad."

In Thurman's case, it was just minimal makeup with only a bold lip — a look you can easily recreate at home to look radiant and younger. Although the comments made about her were a lot less cruel than what people said about Renee Zellweger in October, it's not the severity of the rude, hateful behavior that matters as much as the fact that this happens at all. We should stop judging people — especially actresses who are in the spotlight constantly — about their looks and worry about ourselves. And let's be honest: we never look half as good as Thurman or Zellweger when we wake up in the morning.

Thurman did also have one more zinger on her Today appearance. When asked if she'd appear in the video for Fall Out Boy's song, "Uma Thurman" — which talks about dancing like her Pulp Fiction character — she joked, "If they want the black wig and the dark lipstick, you saw how well the dark lipstick just worked the other night, so I don't know about the whole look coming through!"