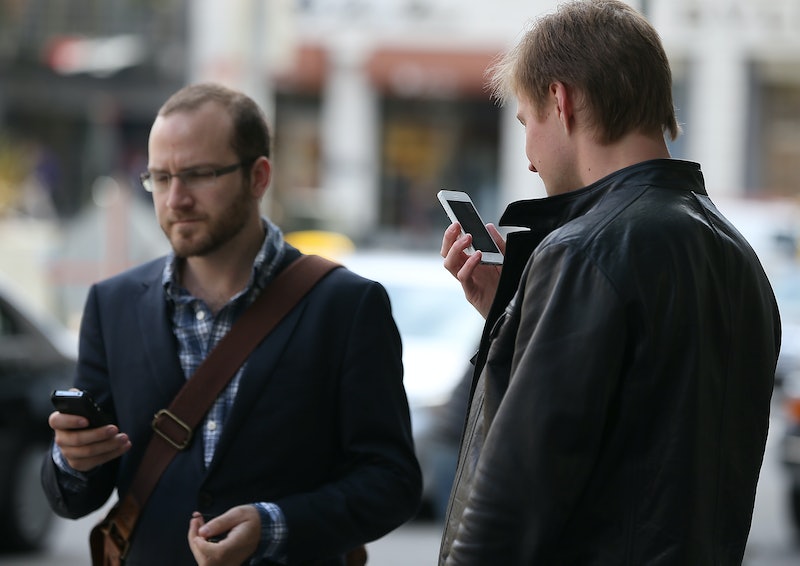 Tinder, as some might say, is something we all do — it's just that not everyone talks about the fact that they do it. Well, increasingly, we do talk about it — kind of a whole lot. However, what most of us lack the gall to admit is the general cycle that follows after a match is made. Not 19-year-old Nicole, though. She calls out the easily predicted series of events that tends to unfold after two people make contact on the wildly popular dating app.

Nicole, cutting to the chase and revealing herself as a pretty down-ass chick in the process, uses her Tinder profile to proudly proclaim an adoration for half-off apps at Applebee's. Nicole even suggests it as a legit first date option and frankly, I think she's on to something: How could a new relationship ever turn into The Real Deal if you can't experience the romantic magic of a first date beneath the glow of the Applebee's Tiffany glass knock-off lamps? You just can't. Anyway, I digress. Nicole goes on to predict the inevitable drama that comes after the first date: The hanging out a few times, promptly followed by someone ghosting, making excuses, eating ice cream, and the life-affirming bounce back. On first thought, it seems like a bummer to start imaging the end of something before a first meeting ever happens but after a few lackluster, disappointing months on Tinder myself, Nicole's version of events just seems like good planning. This Nicole gal, she's a smarty. See for yourself:

Online daters spend a lot of energy trying to determine which photos are most reflective of our fun nature and overall sexiness. Then you have to use actual words on your profile to carefully curate a snappy list of interests to suggest your brain is a thing that works. It's exhausting. We could better use this time at Applebee's happy hour, guys. We're going about it all wrong. This whippersnapper has spent only a tender 19 years on our bizarre planet and already seems so wise. I wanna start a mozz' sticks girl gang with her, tbh.