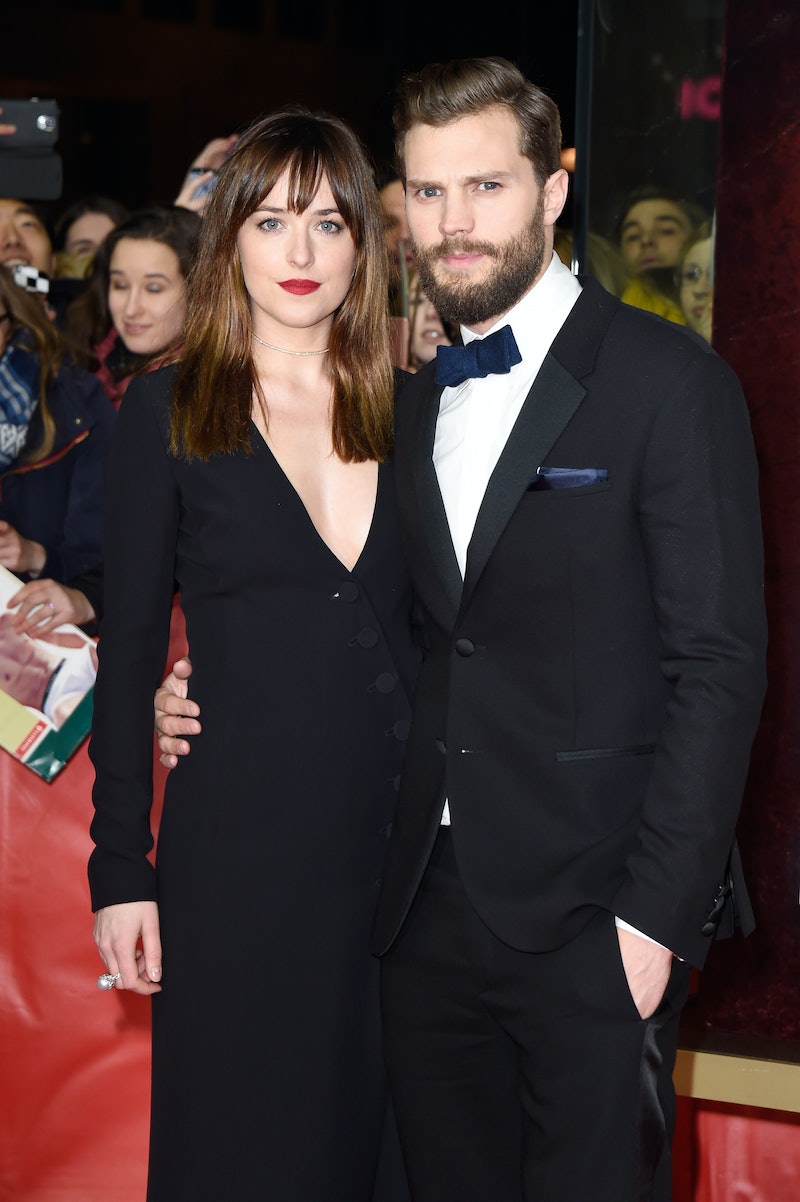 Every once in a while, Hollywood blesses us with a rare film — a film that is chock full of sexy shirtlessness, and some sort of appealing plot line with a lot of sexual content. (Extra bonus points for exploring female sexuality!) In the past, there's been Magic Mike and That Awkward Moment, and now...Fifty Shades of Grey. Though many of us will be ditching Valentine's Day woes for an evening with Christian Grey finally, FINALLY, brought to life on the big screen, some of us might consider seeing the steamy romance with our significant others. Sure it's a little "safer" to go with a gaggle of girlfriends buzzed and ready to go after a few cocktails (read: wine in a can that you take with you into the theater) — but, it might even be a little more exciting to go with the one you love/lust.

Or, on the other hand, it could be a total disaster.

The Internet has already unearthed the fact that it's not just women reading Fifty Shades of Grey. There are plenty of men out there who have also picked up E. L. James' sexy phenomenon, or at least they've talked about it. And guess what...it's not weird! Fifty Shades of Grey is a cultural zeitgeist, you can't help but be at least a little intrigued. Even if you weren't a fan of the books, or if you haven't even read them, you still probably want to see the movie... at least a bit. (Or a lot, let's be real.)

So if you're thinking about seeing Fifty Shades of Grey with your significant other this weekend, here are the pros and cons:

Pro: Gets those Engines Revved

You'll be all hot and bothered by the end of the film...in fact, probably by the opening credits! So much so that by the time you get home, or at least to the car, you'll have plenty of inspiration, if you know what I mean.

Okay, so you were excited about the film and maybe even fantasize about some of the scenarios, but that doesn't necessarily mean you have suddenly become a kink master. Just make sure that sort of stuff is communicated.

Open communication about preferences and desires with your partner is a key component in having great sex. You can use the film to ask questions about how far you'd go into that realm, trying new things, or even what you hated in the film. It's out there, so talk about it.

No one is Christian Grey and no one is Anastasia Steele in real life, and that's OK!

Maybe you loved the books and your guy or gal thinks they're just silly time-wasters. Use the movie as a middle ground to share something you enjoy. You don't have to try and change their opinion, but being open to what your partner enjoys is healthy and productive on many levels... so long as they aren't going begrudgingly.

Con: It Could Rustle Up Some Insecurities

...which I'm gonna solve for you right now: It's just a movie. No need to have an existential crisis about it.

Pro: You Totally Both Want To See It Anyway

Let's just be real here. You wanna see it, your significant other wants to see it — so just go see it, you crazy lovebirds!