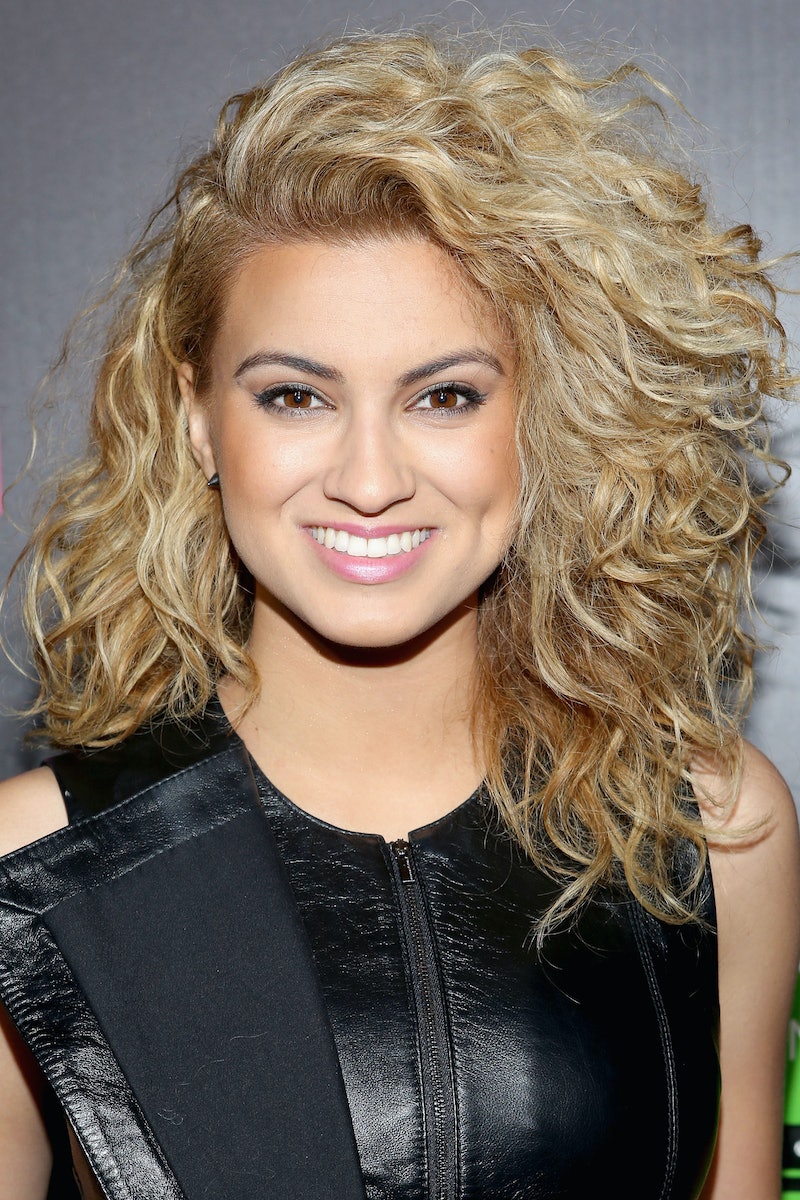 It's been an exciting week for Tori Kelly fans: On Sunday, the 22-year-old YouTube star premiered her new single, "Nobody Love," and just a couple of days later, she confirmed that her new album will be dropping later this year. Yup, it's true: During an interview on Tuesday with 102.7 KIIS FM, Kelly said that she's currently finishing up her first full-length LP, and that she's "stoked" about it. Well, that's always a good sign!

If you're a little late to the Kelly party (don't be ashamed, I was, too), let me give you a brief primer on the up-and-coming artist: she has an incredible voice; she rose to prominence thanks to her awesome YouTube covers; so far, she's released a handful of singles and a couple of EPs; and she was discovered by music manager Scooter Braun and is now signed to Capitol Records. I think that just about covers it. Oh, and I almost forgot: She was just recently named iHeartRadio's "On the Verge" artist for the month of February. You know, no big deal.

So, what can fans expect to hear from Kelly's much-anticipated major label debut? That's a good question. Here's everything we know about the project so far:

During her aforementioned KIIS FM interview (above), Kelly emphasized that, despite the pop gloss of "Nobody Love," she hasn't left her "singer-songwriter" sound behind. Instead, she said that her new album is a "blend of the soul and the pop world." "That's the album I've always wanted to make," Kelly remarked.

It's Being Executive Produced By a Legend

According to Kelly's official website, her new album is being executive produced by none other than Max Martin — one of the most successful songwriters and producers in the music industry today. In fact, he just won a Grammy Award for Producer of the Year — not too shabby, eh? As Kelly's website tells us, she collaborated with Martin on "Nobody Love," so if it's your new jam (and it should be), you definitely have a lot to look forward to.

It's true: Kelly wrote material with superstar Ed Sheeran that could end up on her upcoming disc. Yes, when he's not hard at work on his own music, Sheeran often helps out other artists. So far, he's co-written songs for acts like One Direction and Taylor Swift. I'm really looking forward to hearing the stuff that he did with Kelly.

It Could Be Huge

Not only did Kelly put in studio time with Martin and Sheeran, her website also reports that she teamed up with other big names like Savan Kotecha (Ariana Grande's "Problem") and Claude Kelly (Kelly Clarkson's "My Life Would Suck Without You"). These two musicians are responsible for crafting a number of mega-hits over the past several years, so I think it's safe to say that Kelly's new album has the potential to be huge.

I can hardly wait.