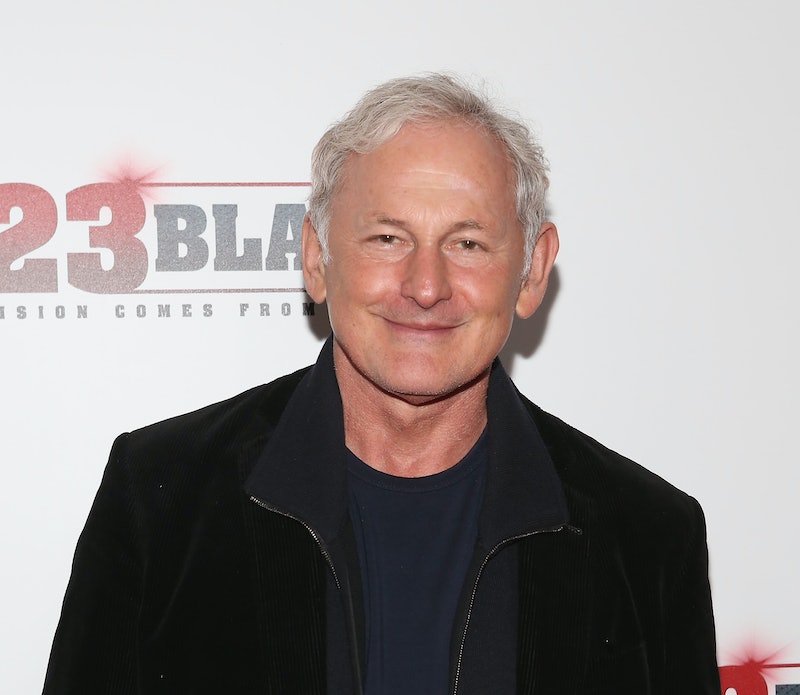 The Slap, a complex drama about how adults handle when a man slaps a child who is not his own, premiered Feb. 12 on NBC. And while we have all been focusing on the star-studded onscreen talent of the miniseries, who narrates The Slap? I was surprised when the premiere episode started with a narrator since the cast is so robust and I thought the story could be told by the ensemble alone. But since each of the eight episodes will come from a different character's perspective (Peter Sarsgaard's Hector kicked it off), a narrator may help us keep things straight. And the man behind the voice of The Slap is the one and only Victor Garber.

I've adored Victor Garber since he played the shipbuilder Thomas Andrews in Titanic. (My 11-year-old self really liked the way he said the name "Rose." Who cares if he wasn't good at building ships?) Alias fans will also be quite familiar with Garber. And it doesn't hurt that he's an amazingly talented stage actor as well. That's not to mention the plethora of films he has been in, including Sleepless in Seattle, Legally Blonde, and Argo.

I prefer narration to be essential to the plot and not used as an easy way out to make a point or because that's how the original was done. (The Australian version of The Slap , which came first, also had a narrator.) But if Garber is doing the talking, it's at least worth a listen.