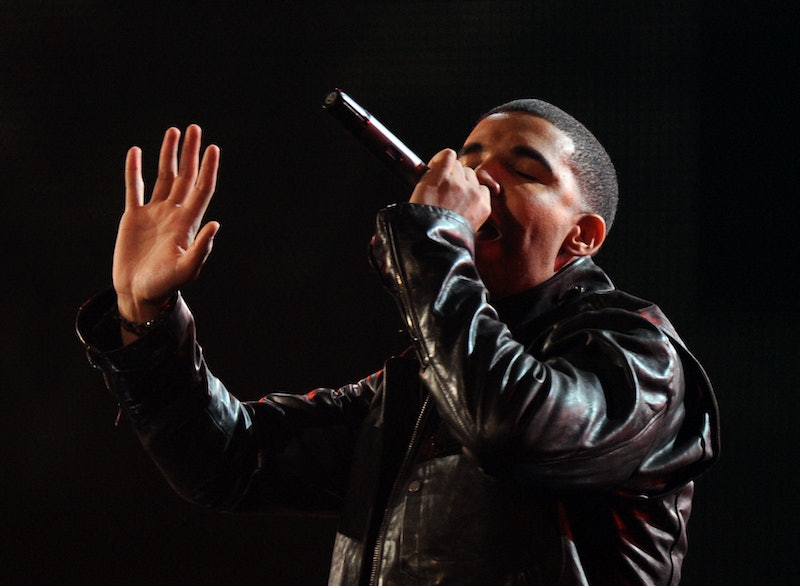 In case you've been living under a rock, I'm here to tell you that Drake released a new album last night. (And also to ask you what you pay in rent under there, because whatever it is, I kind of feel like your landlord is screwing you over.) Anyway, the album is called If You're Reading This It's Too Late, and it's technically a mixtape that he dropped with zero warning on Feb. 15. Seems like Beyonce really did set a trend with that whole secret album thing, huh? I could tell you that the album has 17 songs on it, or that it's Drake's fourth mixtape and fourth studio album with Cash Money, but I know that's not really what you're interested in, so I'm here to answer the question on everybody's minds — when does Drake's new album hit Spotify? Don't give me that side eye, I know how you feel about listening to music for free. You live under a rock for god's sake.

Ever since Taylor Swift broke all of our hearts by pulling all her music from the platform, I think we've all been a little nervous that other artists might do the same thing. (I mean... I didn't even notice. I certainly don't dance around to her music in my underwear on the reg.) But fear not! Not only will If You're Reading This It's Too Late appear on Spotify, but it's actually already there! Celebration! Of course, you can also purchase the album on iTunes, where it initially premiered, but if you wanna give it the old test drive, you can do that for free on Spotify, over and over for the rest of your life, interrupted only by various ads for Square Space and reminders that tomorrow is Valentine's Day and you should consider getting your romance friend a gift from Walgreens.

It's a beautiful world!