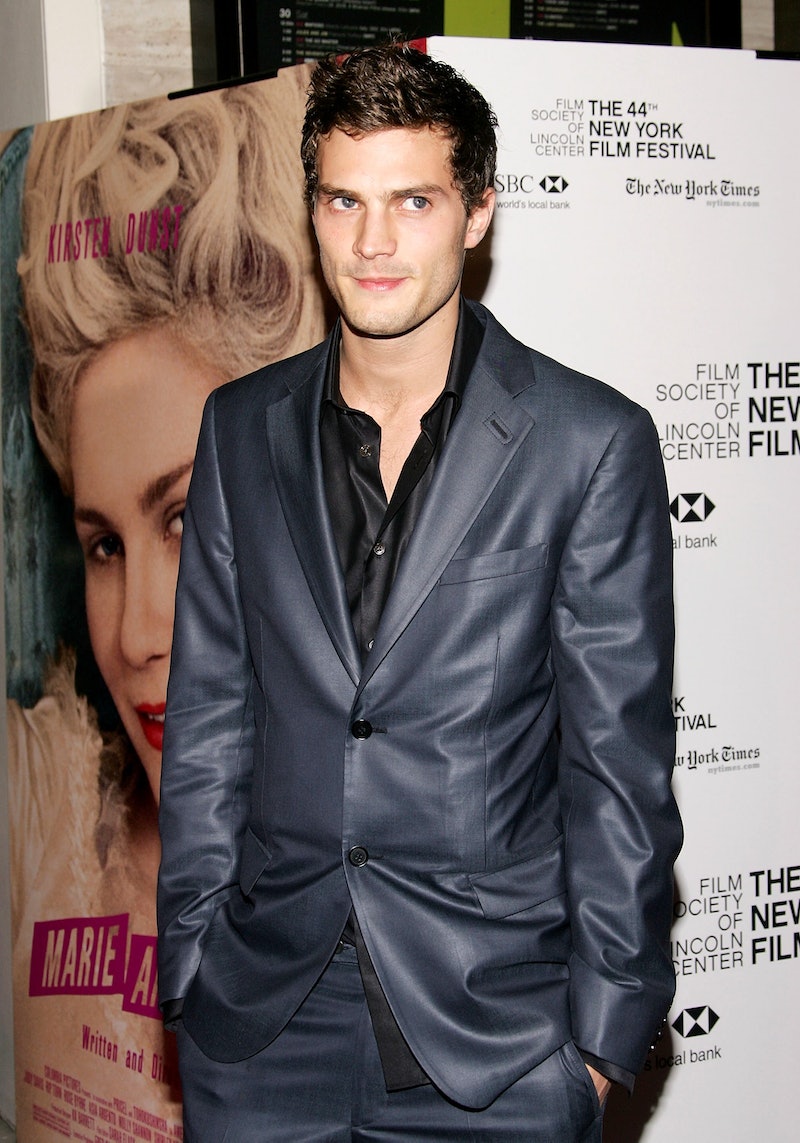 And so it is: Jamie Dornan's much-anticipated performance in Fifty Shades of Grey has prompted a predictable number of "wooden" puns. While the movie itself has received more praise than expected — not to mention, Dakota Johnson's performance has received acclaim — most critics seem to have have criticized Dornan for his obvious reservations about the movie, which is a shame considering Dornan's known acting abilities and his previous excellent film roles.

That said, if this is your first impression of Dornan, do not let it influence your opinion of him: He's been in a lot of great films prior to this, and shown up in some great roles as well — for instance, here are 5 you should add to your must-watch list right this second:

This was his breakout role, and it was a big one: He portrayed paramour Count Axel Von Fersen in Sofia Coppola's Marie Antoinette. Look! He can be sexy!

His role as the Huntsman on the ABC fantasy drama was brief and not all that challenging, but he fully committed to the brooding Irish thing.

Dornan didn't seem too scrupulous when he played a serial killer on The Fall. His performance as Paul Spector earned lots of praise.

Another movie that doesn't seem squeaky clean, Dornan committed to playing the lead in this questionable British horror flick.

Shadows In The Sun

Dornan held his own alongside two award-winning veterans (Jean Simmons, James Wilby) in this drama.