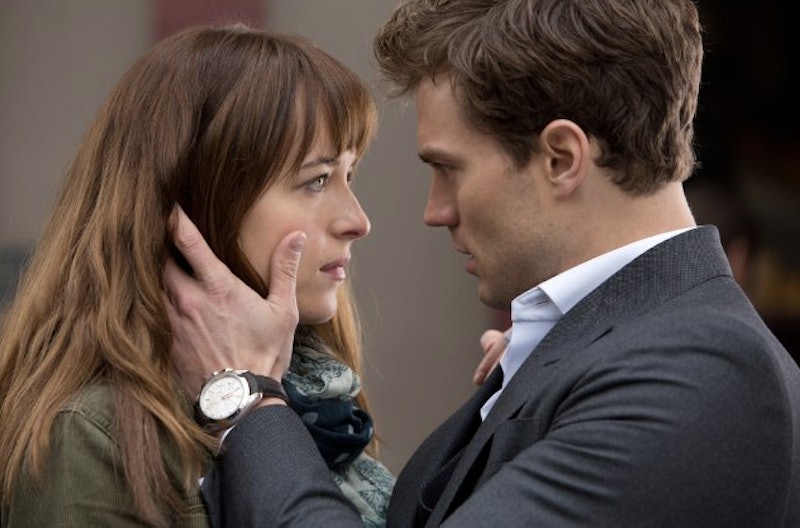 Happy Fifty Shades Of Grey release day, everybody! And yes, I'm fully aware of the pun latent in my use of the word 'release,' and I do not apologize. But Fifty Shades Of Grey finally opened today, which we've been waiting for for a long time — the book came out almost four years ago, after all — some of us for different reasons than others. Even if you aren't excited for the movie or planning to go see it, you're at least a little interested, admit it. It's just this moment in pop culture that everybody's talking about, and I know you want to be a part of that hubbub.

And now you can be! Because I made some memes exactly for people like you! People who are planning to sneak a bottle — or let's be honest a couple of bottles of wine — into the theater with them for a tasteful watch/snark session, people who are gonna get dragged along for a friend, or even just non-fans who want to sound like they know what they're talking about at work tomorrow. You don't have to be obsessed with the love story between Christian Grey and Anastasia Steele to be curious about whether those reshoots fixed that whole 'complete and total lack of sexual chemistry' problem between Jamie Dornan and Dakota Johnson.

Although seriously you guys, everybody's saying that Johnson is actually really good, so, y'know, maybe check it out. Or just check deez memes. You do you.

No better place for imbibing if you ask me.

It's the least he could do.