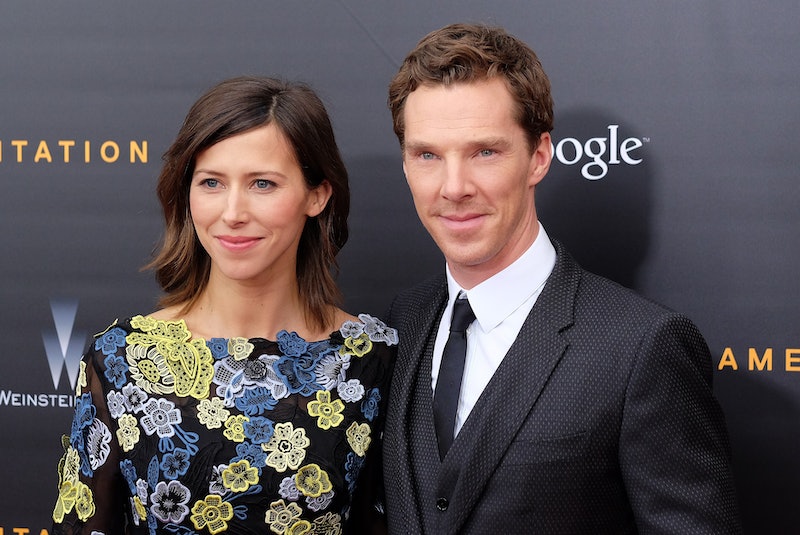 Leave it to Benedict Cumberbatch to get married on the most romantic day of the year. According to reports from publications like Us Weekly, Benedict Cumberbatch is all set to wed girlfriend Sophie Hunter on Feb. 14 — yep, as in this Saturday. I know, I know: This literally came out of nowhere. I think that's the point we're all at right now. The next point we're all gonna be at, however, is wondering exactly where the wedding is reportedly going to take place, now that we have the (alleged) "when." Although an exact location has yet to be announced, we do know that it's probably happening on the Isle of Wight in England, thanks to reports from Us Weekly.

For those of us who aren't too familiar with the land across the pond, the Isle of Wight is nothing short of idyllic (at least, that's what Google Images tells me). Regardless of where they choose to get married, though, it's a perfect place to say "I do." In fact, after looking at the different wedding venues the Isle of Wight has to offer, now I want to get married there. Thanks a lot, Benedict Cumberbatch. (No, seriously, thank you, this place looks gorgeous.)

Making this whole affair seem even more elaborate, The Daily Mail adds that it's reportedly all going down at a "spectacular period property," which I take to mean "something that looks like the Downton Abbey castle."

Unfortunately, that's about everything we know so far, which isn't exactly surprising, since Cumberbatch and Hunter have both remained pretty tight-lipped about the details of their wedding since they first got engaged. My fingers are crossed that pictures materialize pretty quickly after the nuptials... and if their theme isn't "A Wight Wedding," I'm never watching Sherlock again.