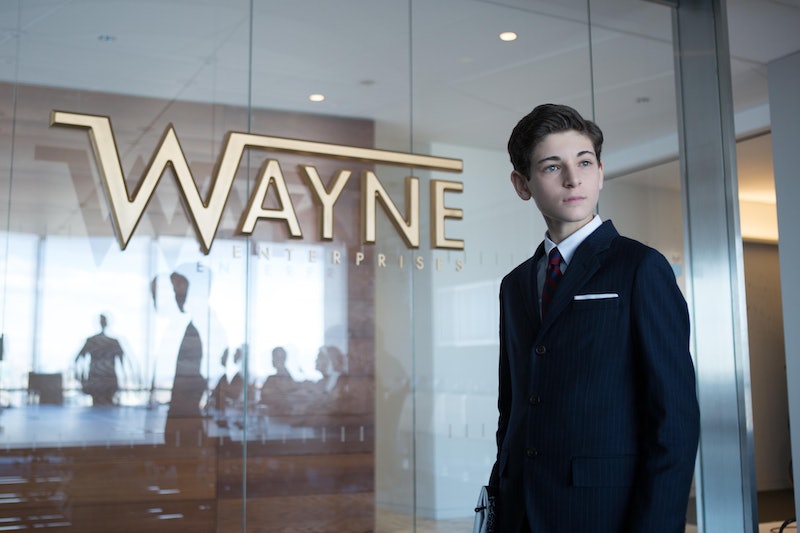 Gotham is introducing someone who will very likely become the Joker, and it's happening fast. The character, Jerome, will first appear in the Feb. 16 episode "The Blind Fortune Teller," just a few weeks after the show really started to kick the remainder of the season into high gear, killing off some of the weaker subplots and refocusing on the core threads of the cops, the mobsters, and young Batman. But none of that answers the biggest question I have as the Joker's presence looms over Gotham : will the Joker and Bruce Wayne meet? I can't imagine that it will happen too soon, but don't discount how much the Gotham writers love little cute moments like that, so it's possible that Alfred will take the young Bruce to the circus to cheer him up (a terrible idea, given that a murder will take place there) and he'll cross paths with a leering Jerome who asks him "Why so serious?!" or something. Hopefully it's not that cringeworthy, but I wouldn't necessarily put it past the show.

Meanwhile, the young Bruce is making his first foray into the corporate world, picking up where the story of Wayne Enterprises' corruption left off back in the fall. Now, a little bit older and wiser after going on a camping trip with Alfred, Bruce is heading into his parents' company and trying to figure out whether or not Wayne Enterprises is currently in right hands.

In the comics, the Joker meets Batman as an adult — because there is no Muppet Babies version of Joker, he's a direct response to the existence of Batman, and he's the ultimate villain because they're so different. Batman's dark past directly impacts why and how he's chosen to become a superhero. Meanwhile, the Joker's anarchic nature is mysterious and inexplicable. One thing about The Dark Knight that worked really nicely was the idea that Batman was ideologically responsible for the creation of the Joker, that his almost paternalistic protection of the city created his equal and opposite force, a villain whose only goal is pure chaos.

In one comic, Batman is directly, physically responsible for the creation of the Joker when he lets him fall into a vat of disfiguring chemicals. The power of that first meeting probably shouldn't be undercut by an adolescent run-in. But Gotham has a way of making these corny coincidences, like Poison Ivy and Catwoman becoming pals, and turning them into something kind of charming. So maybe when Jerome hands Bruce a balloon animal folded into the shape of a bat, it'll turn out funny-endearing, not funny-show-ruining.