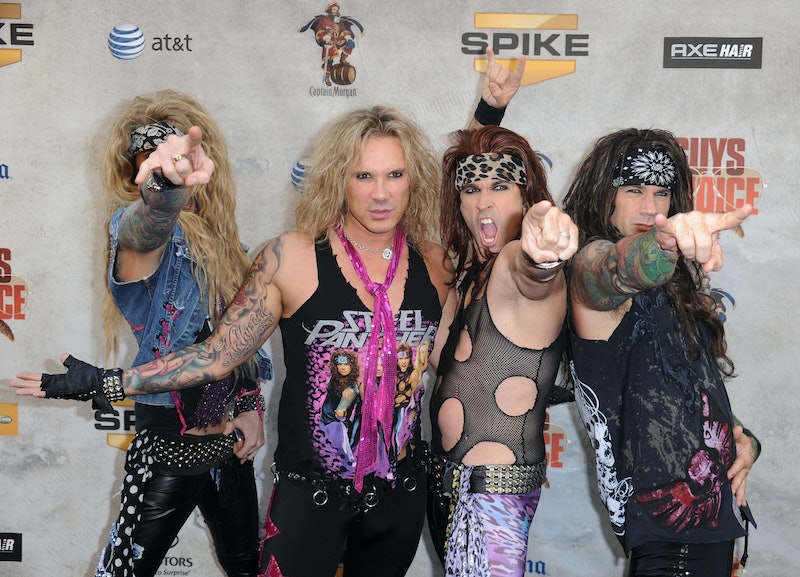 Steel Panther has a reputation for making comedic metal, and they've done it again (without the metal) with their very topical song dissing Kanye's award show interruptions. The song, titled "Kanye" focuses on the 2015 Grammys in which Kanye West dissed Beck for winning best album over Beyoncé. On February 13th, the metal band posted a new song to their social media pages, captioned "for your consideration for next year's #GRAMMYs — a little something we call #Kanye" alongside a lyric video (of sorts) for their song about Kanye West.

It's a crude song performed in sing song tones, and it's clear that there isn't anything remotely serious about it. The song has gone viral on Facebook and Twitter, and it's not difficult to figure out why. It's pretty crude, and its anti-Kanye (and anti-rap) message resonates with metal fans (or at least those fans who have commented on the video).

There's shock value to the song, which describes Kanye's music as sounding like "hamster turds," suggests that Beck kick him with steel-toed boots, and ends by hoping for the rapper to develop testicular cancer. I don't think Steel Panther is parodying people who overreact to Kanye's antics for complicated racial reasons. If that was the case, they would also understand their fans would not appreciate the message. The lyrics suggest that Kanye become a poet, rather than a musician, suggesting a problem with rap itself.