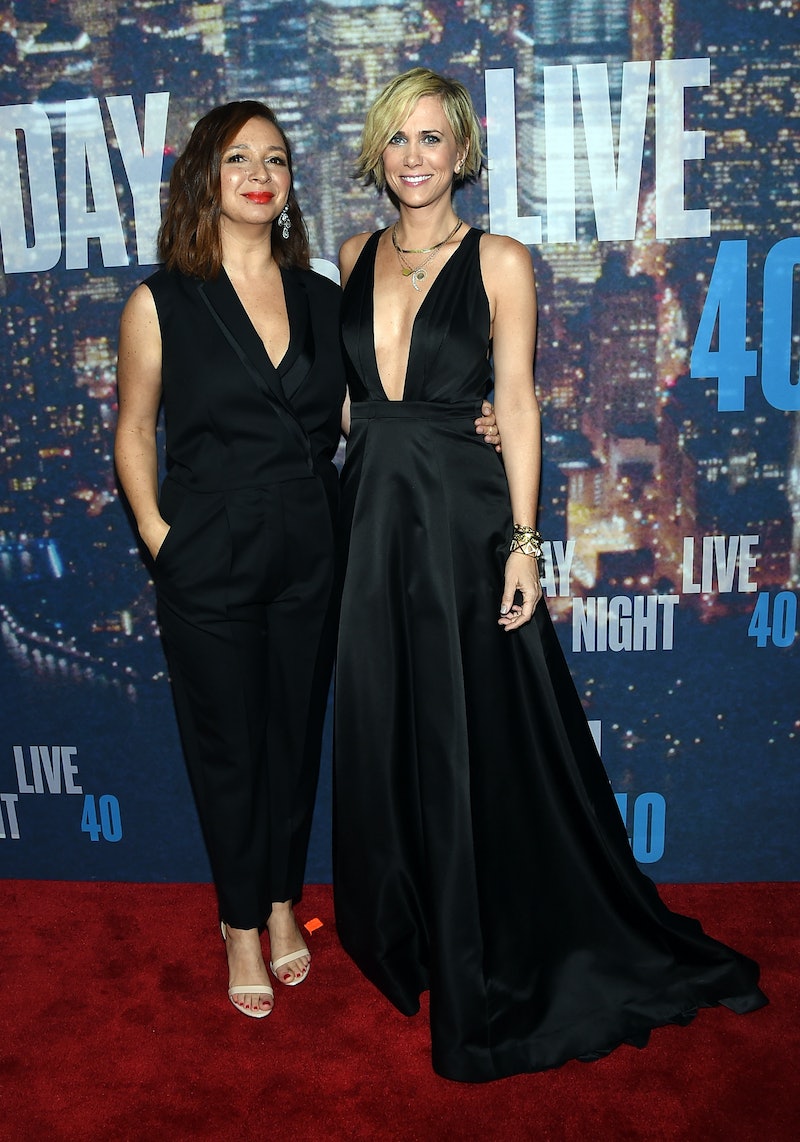 Reunited and it feels so good. That's how I felt when Matt Lauer and Savannah Guthrie introduced Kristen Wiig and Maya Rudolph at the SNL 40 red carpet on Sunday. The pair of women, who are arguably two of the most amazing cast members to ever be on Saturday Night Live, were interviewed by Lauer and Guthrie about their time on the show, and all was well until Guthrie said something that went completely against feminism. At the end of the interview, Lauer — of all people — said that the most important thing was for the women to have fun that night. Then, Guthrie says that the most important thing is that the women "look hot." Yes, that they look hot.

Because Wiig and Rudolph are the coolest people in the world, they know how to handle a comment as awful as Guthrie's. "It's really all that matters," Rudolph says, with Guthrie looking on with a "Did that just come out of my mouth?" look on her face. Come on, Guthrie. You seriously just summed up these two women's incredible careers in comedy by saying that the most important thing was for them to look "hot." You should know better than that. Watch the cringeworthy video below.

People online were not to pleased with the comment. Most viewers recognized it as a huge tragedy in describing these women's accomplishments in the comedy field. Here's what they had to say.