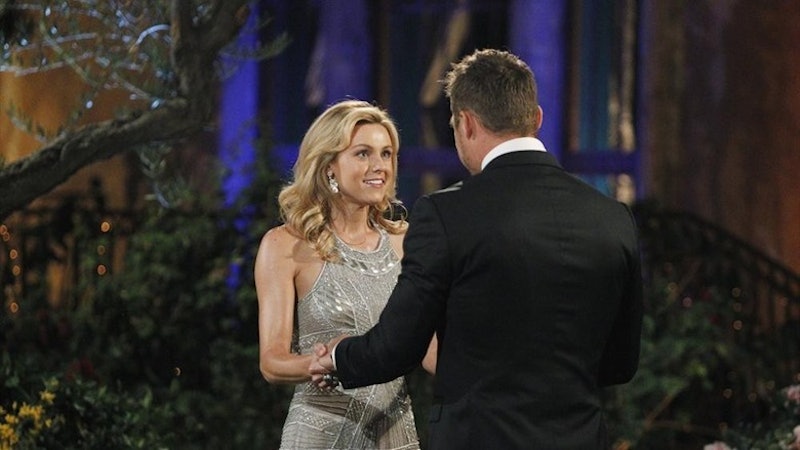 During Sunday's special tell-all portion of The Bachelor, Chris Soules and Chris Harrison got together to be really condescending towards the women. Usually Chris Harrison is pretty unbiased, but he was down in the trenches on this one making fun of everyone from Jordan and Tara's drunken antics, to Jillian's short-shorts. But the woman who got it the worst was Ashley S. whom both Chris Harrison and Chris Soules declared "crazy" and then talked a bunch of crap about.

The debate all season has been whether or not Ashley S. was faking her weird rambling diatribes about onions and pomegranates and the Mesa Verde. And sure, it's fun to poke fun at the show and how the women can be silly at times, but when Harrison and Soules basically came to the conclusion that this was all legit, they should have stopped making fun that second. If she was actually suffering from something, or even just overwhelmed by the cameras, she doesn't deserve their mockery.

"I was legitimately scared at that point," Chris Soules revealed when talking about the zombie paintball date. "At that point my mind was blown." Harrison then revealed even more of Ashley's antics. Like apparently she liked to wander around the mansion at night to peek in at the crew and hang out by craft services. (I would do the same, girl.)

She also supposedly thought the show was running a betting ring. I don't know how much of her behavior was real, or how much was fake, but I know she doesn't deserve to be talked about by these two men without being able to defend herself or her actions.

It was like a frat party with the two men talking trash about the eliminated women. Chris Harrison at one point even asked Soules, "Did you like Jillian or did you just like the short shorts?" To which Soules responded, "I wasn't opposed to the extremely small bikini, I'm not gonna lie. I'm a man."

It was gross to watch, especially without letting the talked-about women their own time to explain. But like Soules said, "I clearly know less about women than I ever thought I knew," so I guess I should have known better than to expect him to be decent to the women whose hearts he broke.