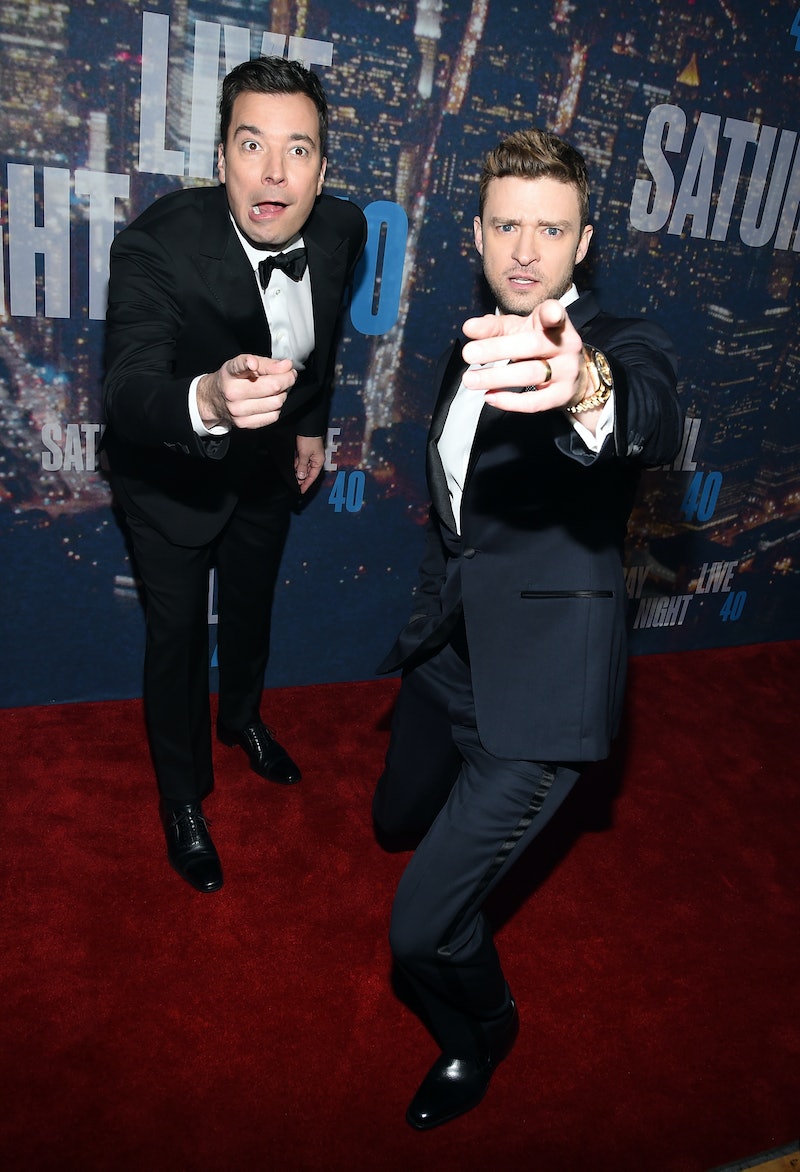 Jimmy Fallon, host of NBC's The Tonight Show and former cast member of Saturday Night Live, started out the SNL 40th Anniversary Special— and was promptly interrupted by the man himself, Justin Timberlake. The two of them then proceeded to do one of the things they do best — a comedy musical medley made up of all SNL jokes. Debbie Downer herself (Rachel Dratch) came out to tell the guys that there is usually a drop in ratings when the show opens with a musical number, but that didn't stop Timberlake and Fallon. Their song hit on the famous SNL sketches of "Blues Brothers," "Scwheddy Balls," "More Cowbell," "Ambiguously Gay Duo," "Hanz and Franz," "Mary Katherine Gallagher" (with a guest appearance by Molly Shannon), "Dick in a Box," "Church Lady," "Two Wild and Crazy Guys," and "Spartan Cheerleaders" — just to name a lot, but not all. It was particularly reminiscent of their History of Rap.

Although Timberlake was never a cast member of SNL, he exemplifies the ability of a host and musical guest to bring the show to a new level. Both Timberlake and Fallon represent newer SNL — even with Fallon leaving the show in 2004 — when you consider its 40-year history. And for those who love classic SNL, don't worry. Steve Martin took over after Fallon and Timberlake (and he was fantastic — I love that white-haired man). But I'm still in awe of how many SNL references the two musical men were able to fit in so quickly.

Fallon may not have been my first SNL cast member I'd think of to start the SNL 40th Anniversary Special, but his powers combined with Timberlake got the show off to a great start.