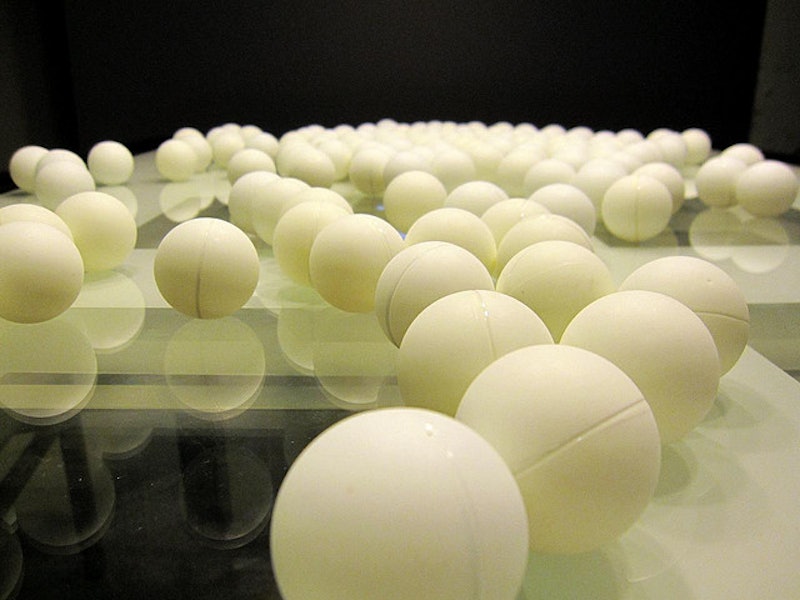 Don't lie: Somewhere inside of you, there is a tiny pyromaniac who secretly wants to watch things burn. It's the reason why we joked about lighting our college textbooks on fire, why we like to set innocent marshmallows aflame when we make s'mores, and why I hesitated to stop the microwave that one time I accidentally heated up butter with the aluminum foil on it and watched it succumb to the flames. (I WAS NINE, OKAY?! Can I live?) But I doubt most of your experiences with fire have been quite as impressive (or dumb or unsafe or where the hell were their parents?) as the time these friends set a tower of ping pong balls on fire and basically created their own volcano of flames.

If you weren't aware—and why would you be?—ping pong balls are composed of celluloid, which is so concentrated that even a small spark or enough friction could set one aflame. It's no wonder, then, that if you get a bunch of them going at once, you can make your own personal Mount Doom. And as fascinating as it is to watch, just a quick reminder from your friendly neighborhood worrywart: You know what else is highly flammable? YOU. Human beings are incredibly flammable. Go call your mother.

So these people have officially earned a place in the hall of fame, among other such friends of fire like the teenagers who set themselves on fire for fun or the break dancers who attached lit fireworks to their shoes. I'd say that this is all happening in the name of science but that would be a dirty lie. Still, that's no reason not to indulge in watching these ping pong balls burst into fiery hell flames from the safety of your own laptop screen: