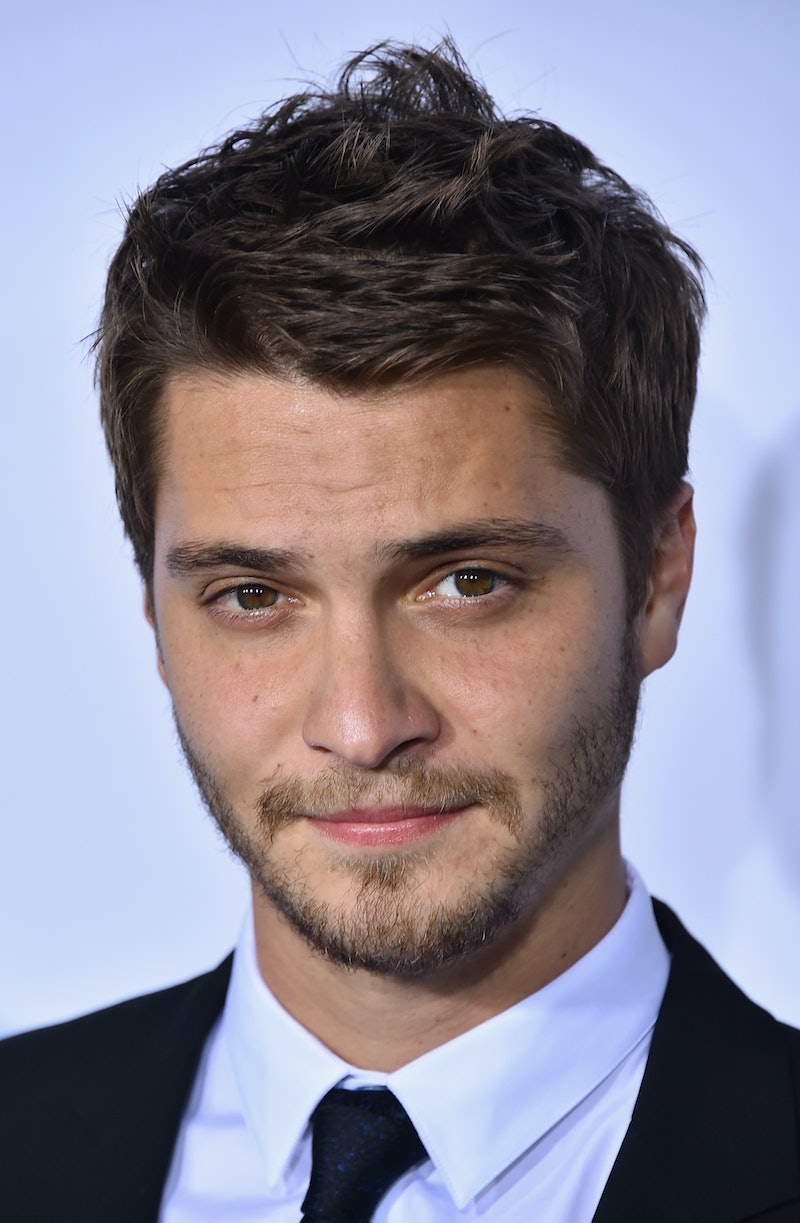 If you saw Fifty Shades of Grey this weekend (along with the other gajillion individuals who flocked to movie theaters) you probably noticed how hot Christian's brother is. So, just who is Luke Grimes, the actor who plays Christian's brother in Fifty Shades of Grey ? If the hunky ne'er-do-well is more your type than the smoldering bundle of complications, he may have piqued your interest.

Just like leagues of cornfed kids before him, Grimes is a boy from America's breadbasket who caught the acting bug and moved to the big city to pursue his dreams. According to his IMDB bio, Grimes was born in Dayton, Ohio and he just turned 31 on January 21. Just in case you were curious about his sign, he's an Aquarius, and his middle name is Timothy (hey! always good to know). In an interview with Interview Magazine back in 2006, Grimes discussed his especially religious upbringing. His dad was a Pentecostal minister, he spent childhood summers at church camp, so it's unsurprising that he's become apathetic towards religious institutions. "I'm not really a fan of organized religion," he told Interview.

Even if he and his parents differ in their schools of religious thought, they still supported his dream to become an actor. They reportedly mortgaged their house to send him to acting school in New York. At least he learned how to play music in church! For a while, he played drums for the indie country band Mitchells Folly. Check them out at a 2008 gig!

It's entirely possible that he looks familiar to you, because he has some pretty big industry projects under his belt. If you're a True Blood fan, you may recognize him as sensitive vampire James from Season 6. He was replaced for Season 7 (Daario Nahaaris-style). Fifty Shades isn't his first blockbuster movie either. Grimes had a prominent role in Taken 2, as well as in American Sniper. Check him out in the clip below.

Back in 2010, he also co-starred opposite Ellen Barkin in an indie film called Shit Year. The synopsis on IMDB makes it sound pretty simple— "An actress finds herself adrift after she quits performing"— but the trailer makes it look HELLA conceptual.

It seems like we can look forward to seeing much more of him in 2015. I mean, not like we haven't already seen a lot of him in Fifty Shades, but you get the idea. He currently has five movies in post-production at the moment, Manhattan Undying, Pills, Shangri-La Suite, Freeheld, and Forever. All of these films are slated to come out this year. Bully for him!

Until then, we'll always have the couch-boning session with Ana's best friend!