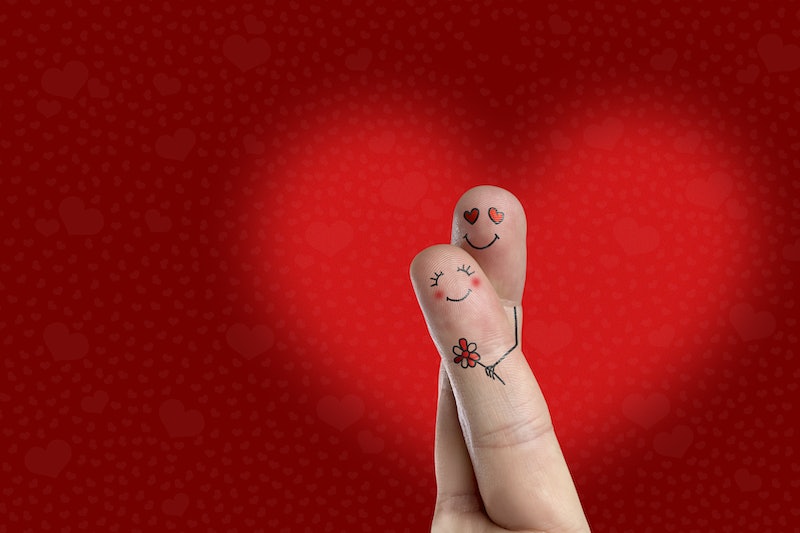 Flirting can be quite tricky: Gauging the other person’s level of interest, finding common ground, keeping your cool, figuring out if you even like the other person, and being charming all at the same time is enough pressure to make a person want to delete their OKCupid profile once and for all. But a new study from the University of Kansas might help you decode flirty interactions by nailing down the specific behaviors associated with five common flirting styles Better dating through science? Yes please!

Jeffery Hall, lead author of the study, found that most people are really bad at noticing when others are flirting with them. Apparently humans are excellent at knowing when we are being rejected; however, because flirting is such a diverse practice, we often accidentally shut down potential partners who are trying to make a connection simply because we don’t understand their flirting techniques. To ameliorate the situation, Hall and his team set out to identify how the most common flirting styles manifest in practice.

To do this, the researchers observed 51 pairs of opposite-sex heterosexual strangers flirting for 10 to 12 minutes. Each participant had previously indicated which flirting style they identify with by filling out a questionnaire, and were categorized as physical, traditional, sincere, polite or playful flirts. While watching the participants interact, the researchers coded verbal and non-verbal flirting behaviors, including making compliments, leg crossing, and nodding.

Hall's team discovered that people with the sincere flirting style tried to attract the other person with self-disclosure and focused attention. Both men and women who used this style were attentive to their partner; additionally, women were more likely to laugh and smile to show interest, as well as to use a coy gaze. Those who subscribed to the traditional flirting style, on the other hand, believed that men should take the lead and women should be more submissive when flirting. Traditional males were more likely to lean in and stay in an open body posture, while women are more likely to act demure by “gently teasing” their partner.

People who used the physical flirting style had a difficult time in one-on-one interactions; they couldn’t rely on their typical technique of using body langue to express interest and were unlikely to give verbal compliments. The most difficult flirting style to detect came from the polite flirts, who were very respectful of their partners, didn’t use physical interaction, and spoke in an even tone. Playful flirts, meanwhile, were more engaged and obviously flirting with their partners.

So the next time you're a bit unsure about how the hottie you're chatting with feels about you, keep in mind that they could be trying to signal their interest in less obvious ways than buying you another drink. But, as much as we appreciate the hard work of Hall and his colleagues, we think that there are a few more flirting styles that he didn’t touch on — ones which should probably be avoided. Be on the lookout for these types of flirts in the wild:

1. The "Super Obviously Just Trying To Get It" Style

This person might be classified as a physical flirt — but they're also on a mission. Telltale signs include lip-biting, lustful looks, and continually checking the time. This person wants to land a lover before the bar closes, and they'll do whatever they need to in order to make it happen.

2. The "Too Awkward To Function" Style

The "too awkward to function" flirt will be just that — way too awkward. You can identify this flirt by the general sentiments of unease and sympathy you will feel when they try and talk to you, and the way that they will linger for much too long. To be fair, they're not bad people; they're just a little clueless when it comes to reading social signals.

The sad flirt will tell you harrowing stories from their past to make you feel obligated to continue the conversation. They'll also probably make you way too uncomfortable to be able to find a smooth exit. For the record, this is a terrible flirting technique. Do not deploy it under any circumstances.