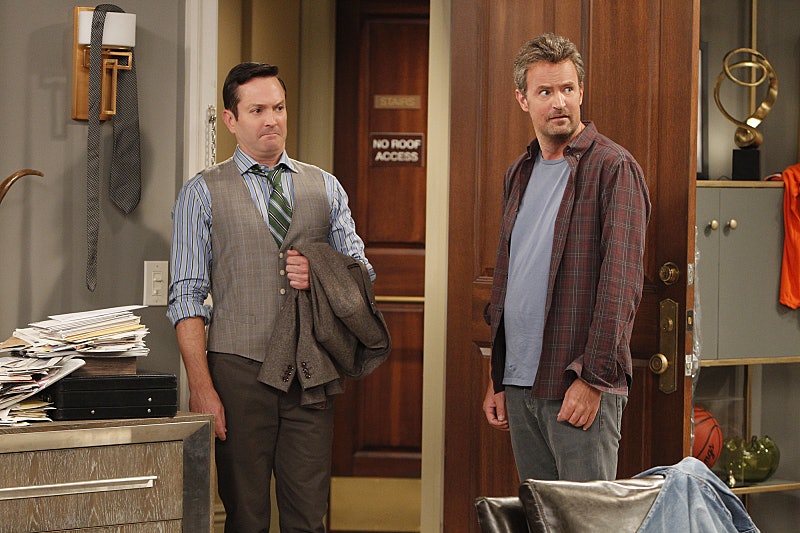 Remakes always scare me, just look at the success rate of them! But the remake of The Odd Couple , the sitcom from 1970, might have all the right ingredients to turn into a hit. At least I hope so, only because I am coming off a major Friends bender, and I just want Chandler Bing — err, Matthew Perry — to have another hit. The sitcom, which is set to premiere Feb. 19 on CBS, follows the unusual pairing of Oscar (Perry) and Felix (Thomas Lennon) as roommates and all of the hilarious antics that come with that, which is — you guessed it — the plot of the original series. So how similar is the new Odd Couple to the original?

Aside from the names of the characters, the two shows actually seem to have a lot in common. Here's what we can expect from the reboot of The Odd Couple.

Different: It's an Ensemble

In the original series, both men find themselves bachelors again mid-life, and have to move in together. Oscar was laid-back and kind of sloppy, which Perry's Oscar will also portray. Felix was a neat-freak, who loves to clean (you can see where the humor will ensue, right?), which Lennon's Felix will also be.

Not to the level of Fifty Shades of Grey, but this is 2015 people, and comedies love to make jokes about sex! The show will cover a wide range of situations of two middle-aged men living together, and one of them is bound to be about roommate code for when a guest is spending the night, something that would have been a no-no on the '70s series.