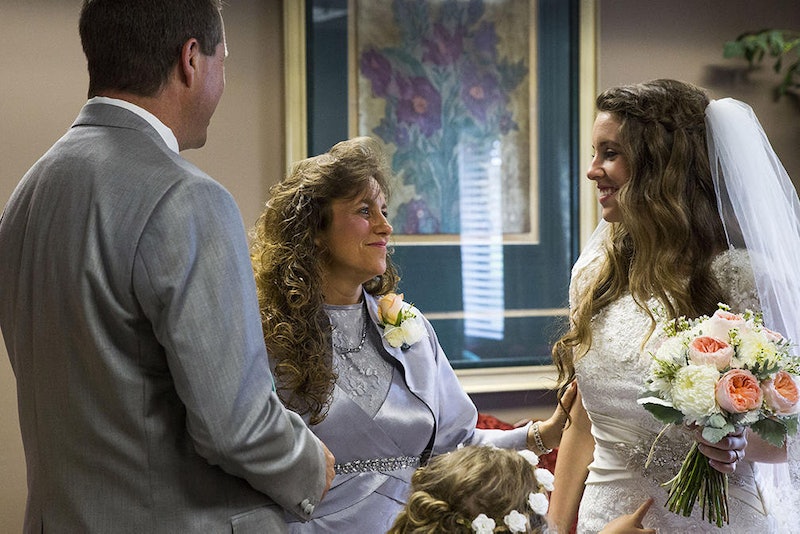 It hasn't been that long since the last season of 19 Kids and Counting came to an end with the planning of Jill Duggar's wedding. But what have the Duggars been doing since then? The 21+ members of the Duggar family don't take a single day off, so it shouldn't be too surprising to hear that they haven't slowed down whatsoever just because the show wasn't filming for a while. And while they like staying off the Internet so they can adhere to their strict religious beliefs, that doesn't stop them from using Instagram or giving interviews all off-season long. So we haven't missed out on a single second of what's been going on in the various Duggars' lives as of late.

There was a health scare with the youngest Duggar daughter, Josie, who suffered a pretty intense seizure while at home and needed to be temporarily hospitalized. But the five-year-old recovered, is doing fine, and is back home with her many brothers and sisters. Aside from that scary, unexpected event, the Duggars have mostly been sticking to what the Duggars do best. Here's what you missed between seasons, much of which you should see when 19 Kids and Counting returns.

Of course, in the interim period, there's been more weddings and more courting (for the 19 Kids n00bs: that's the Duggar terminology for supervised dating). Jessa was the next to get engaged and plan her wedding, which should be all over the new season.

They've Been Adding More Duggars to the World

In the interim since the ninth season, Jill found out she was pregnant, and she recently had her first baby shower. Josh Duggar's wife, Anna, will also be expecting a new baby in the upcoming season. Jessa also said that she'd be open to adoption with her husband Ben. Soon, they will outnumber the rest of us.

They've Been Spreading Their Political Views

And while it's hard not to be deeply fascinated by the Duggars and their baby shower Fanta and their banana curls, we have to remember that they do believe in some pretty regressive things. And I'm not just talking about their fashion sense (or my sense of humor). Seriously, though, they spent the last campaign cycle stumping to limit the rights of marriage in their home state of Arkansas. And, unfortunately, they were successful, and now LGBTQ couples and transgender people will have to continue fighting for equal rights. Though the Duggars are endlessly entertaining, in part because they feel like they're living in their own world, things like this remind us that they're actually living in ours.