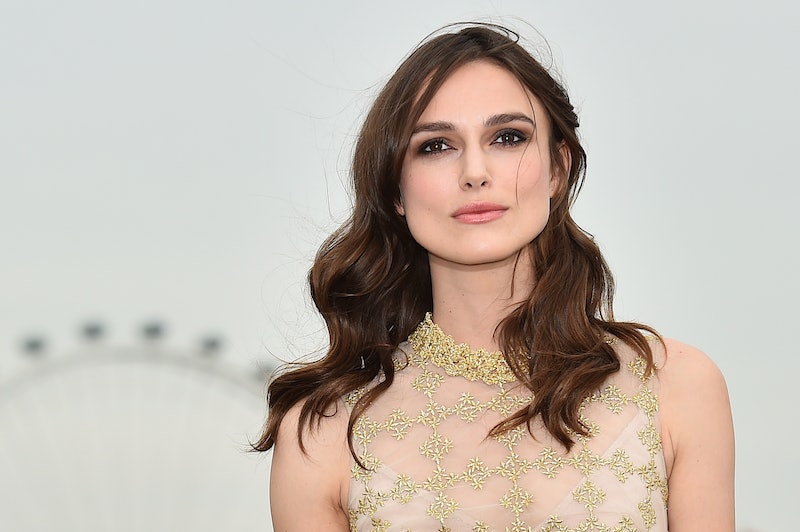 While we fast approach the 87th Annual Academy Awards on February 22, there's of course a flurry of predictions about who should win and who will be inevitably snubbed. Even though I hate that Ava DuVernay was not nominated for Best Director for Selma, there's a sense of satisfied anger knowing that again, the Academy continues to show it's true colors and prove that the ceremony is largely political. This year, Patricia Arquette is the favorite to win Best Supporting Actress for her role in Boyhood, after winning both the Golden Globe and the SAG Award for playing Olivia. Should she take the win, it will be a well-deserved one. But I'd say there's a strong case for Keira Knightley taking the statue for her role as Joan Clarke in The Imitation Game.

Boyhood and The Imitation Game were two of best of the Best Picture nominations (third only to Selma, which I hope with all my heart will take the statue). Richard Linklater's 12-year long masterpiece is a beautiful piece of art in which Arquette plays a single mother, well, beautifully. She was composed and careful and emotional, and contributed to the film's vivid realism. But Knightley gave a strong performance as Joan Clarke in The Imitation Game, the one female cryptanalyst that assisted Alan Turing in cracking the Nazi Enigma Code during the second world war.

Knightley shines in Imitation Game as much as she shines in the number of other period pieces she's starred in; this is her second Oscar nomination, her first being in 2005 for her role as Elizabeth Bennet in Pride and Prejudice. As Joan, Knightley held her own as the sole woman qualified to join Turing's team; there's a scene where she shows up to Turing's initial crossword test where she's mistaken for a confused secretary. She is totally unphased. But her relationship with Turing (and her chemistry with Benedict Cumberbatch) is her strongest suit. She doesn't bat an eye when he reveals to her that he's a homosexual; in fact, she proposes that doesn't change anything, and what's most important between them is their compassion and understanding.

Judging Arquette and Knightley's performances against each other in a vacuum would be unfair; they're part of a greater whole, and the implications and reverberations of each film should play a part, too. While Boyhood was a stunning exploration of the human experience, The Imitation Game not only tells the story of an exceptional breakthrough in the war, but more importantly, calls attention to the horrific bigoted anti-gay laws that eventually were the cause of Turing's suicide — he was charged with gross indecency and chose chemical castration as his sentence instead of jail time.

Following the movie, Benedict Cumberbatch petitioned the British to pardon all those convicted under their former anti-gay laws; though Turing was officially pardoned in 2013, the rest of those who suffered consequences for their sexuality have not been. Unfortunately, the Duke and Duchess declined to get involved, saying it was a matter of the state. Keira Knightley knew that this film would go beyond the scope of just entertainment and chose the role to help tell a story to many who might not know it:

I had read an article about five years ago when there was a push to get a pardon for Alan Turing and I was shocked. I didn't know anything about him even though I like history. I didn't realise how important he was.

It's that awareness coupled with her amazing performance that should at least give her a leg up in the Best Supporting Actress category. As Joan Clarke she was genius, compassionate, bright, and headstrong in the face of discrimination in her field. That's Oscar worthy to me.