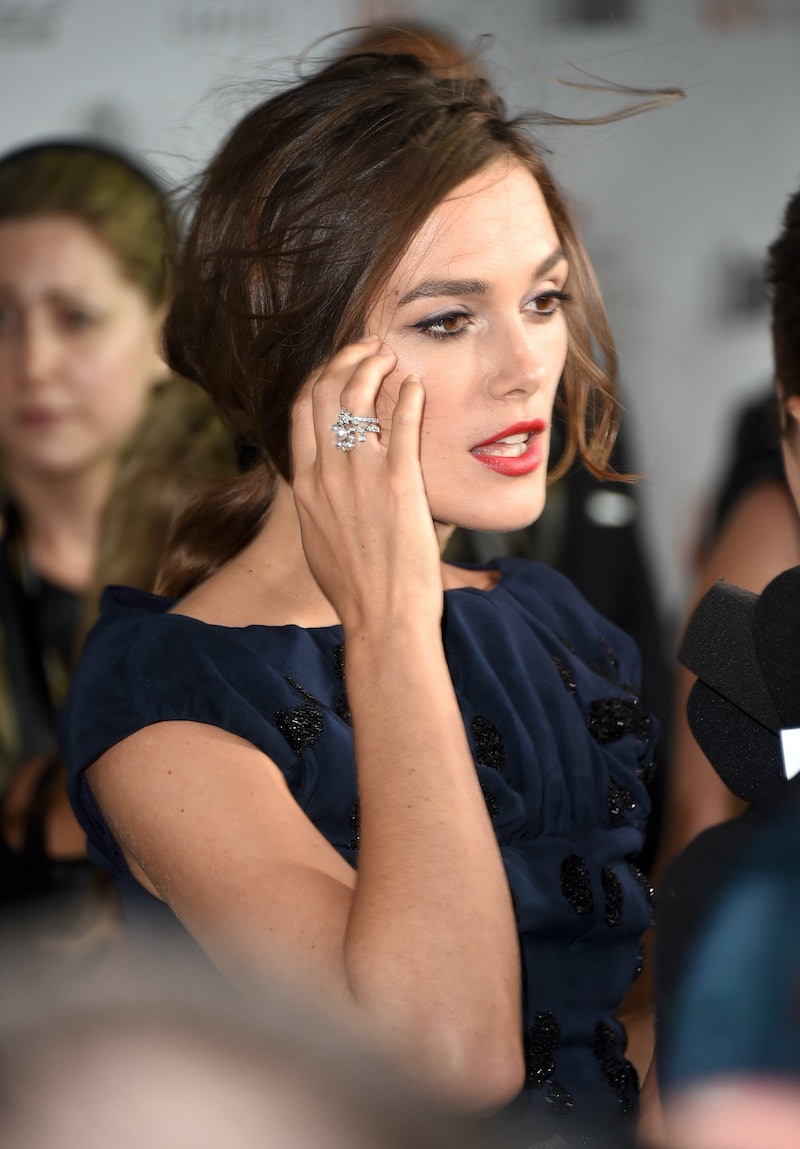 This year, Ms. Keira Knightley has not one, but two films currently making the festival circuit at the Toronto International Film Festive — and both sound quite exciting. One is The Imitation Game, a drama about British super-genius Alan Turing, starring Benedict Cumberbatch (you can watch the trailer here; It's Oscar bait if I ever saw it — come on, a period piece starring Benedict Cumberbatch as a tortured mathematician cracking Nazi codes?).

She's also starring in Lagging , an adorable-looking late-coming-of-age romantic comedy, alongside Sam Rockwell (the romantic lead, ooh), and Chloe Grace Moretz (man, is that girl on a roll — she's got three films at TIFF and she might be dating a Beckham). Heck, based on that info alone, I already want to watch it.

Anyway, Knightley fans have a lot to look forward to, but in the mean time? Clothes, clothes, and more clothes! Knightly's turned out chic look after chic look at TIFF over the past week — and girl has range. She's worn everything from dark and moody navy blue retro-edgy tulle to neon rainbow Chanel (yes, that's really a thing). Let's take a look at her recent style hits!

It doesn't quite look as luxe as most Miu Miu does (I'm still not over the jeweled collar blouse Zoe Kazan wore a few months back), but the color's lovely. Also, sparkles!

I'm not used to seeing Knightley wearing this much color (and all at the same time!), but I'm liking it. Also, I think the combined forces of Keira Knightley and Karl Lagerfeld are pretty much the only way rainbow neon could possibly look this classy.

It's past Labor Day, but I think we can all agree that this is a very well-deployed LWD.

That print is amaze-balls (I mean, Easter egg-reminiscent masks, does it get any more fun than that?) and she is working it.

Polka dots, tulle, sparkle, all with a retro twist — does it get any better than that? I also love her edgy makeup: the glossy red lip and graphic black liner kind of reminds me of a glamorous (and toned down) version of Lena Dunham's Andy Warhol-esque Emmy look.