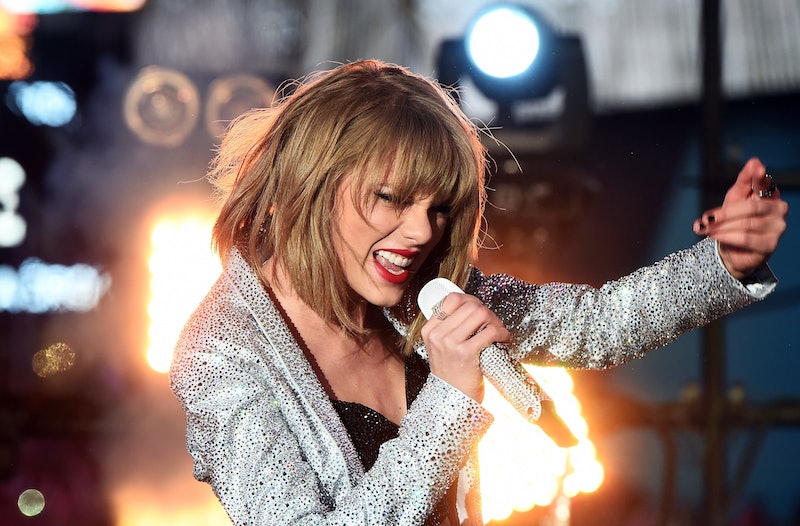 In pure Taylor Swift fashion, the music video for "Style" was released last Friday the 13th (not because it is scary, but because it's her lucky number). Ever since "Blank Space" topped the charts, all of us Swifties were eager to see what she would come up with next. But when the promos for the music video came up on her Instagram, I must admit — like several others — I was a little confused. Clouds moving in from Taylor's neck is cool and all, but I didn't really get it. But like the loyal fan that I am, I watched the video in its entirety when it was released on Friday.

While some fans were intrigued by the True Detective feel of the music video, others were not. It was not so much that fans were hating on Taylor's "Style" (because when it comes to music videos she can really do no wrong) but more so the song didn't really match up with the images. Some fans even suggested it might go better with songs like "Wildest Dreams" and "Clean." While we replay the music video on YouTube and try to decode all the hidden messages, here are some suggestions for Taylor Swift's next music video.

Imagine the "22" music video but set in NYC. Karlie Kloss chilling with Meredith and Olivia in Taylor's apartment followed by a huge Taylor Swift parade in Times Square.

Oh the Katy Perry references. This music video would either pay homage to or parody Katy's music video for "Wide Awake" as a backstabbed Taylor chases a purple headed girl through a green maze. Creepy, but effective.

Dream maker Taylor Swift? The video starts with Taylor piecing together old pictures in a scrapbook. The images play back like a timeline of memories: a white dress, a beautiful sunset and red lips going faster and faster as the song progresses until suddenly, an attractive guy wakes up from a wild dream.

Think Lindsay Lohan's "Rumors" mixed with Britney Spears' "Piece of Me." Cameras are flashing everywhere as a lookalike Taylor Swift gets into her car, all while the real one sneaks away on a motorcycle with her mysterious new man.

Cue Taylor in an empty room, photos all over the walls, as a tin bucket catches water from the leaky roof. The end is like Titanic as the whole place begins to fill up with the pouring rain.

So maybe "Wonderland" was a bonus song, but why should that stop Taylor from making it her next music video? With all the Alice in Wonderland references we can't help but think it might look something like Gwen Stefani's "What You Waiting For?"