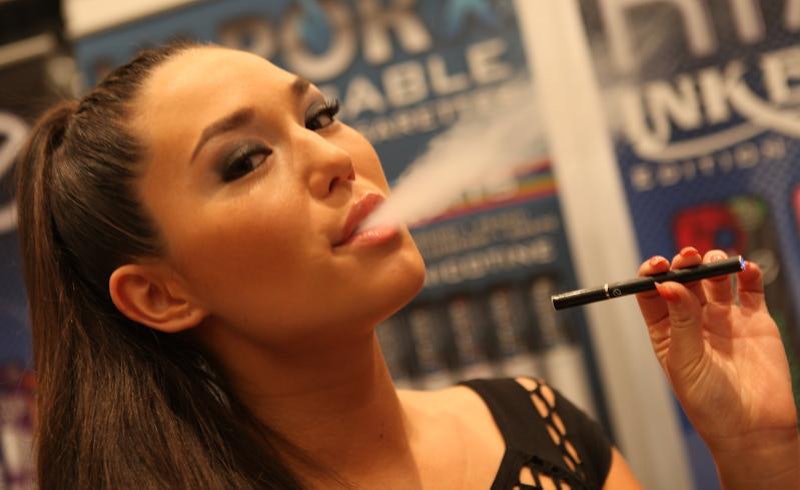 The European Parliament passed sweeping new regulations on tobacco products Tuesday, including a ban on menthol and, significantly, the first unified legislation on electronic cigarettes. The approved draft of the Tobacco Products Directive would effectively treat e-cigarettes like nicotine patches — a dismissal of health officials' proposals that they should be more strictly regulated as medicine.

The more relaxed route will make the e-cigarettes easier to purchase, which many actually consider a healthy move. Equipped with a battery; an atomiser; a cartridge of nicotine; and a water-based solution, e-cigarettes vaporize nicotine so that people can get their fix without the tobacco and additives found in traditional cigarettes. E-cigarettes are primarily popular among those trying to quit smoking — though some are concerned that popularity among teenagers is rising.

Although nicotine is definitely addictive, Cancer Research UK says that it's the tobacco and additive cocktail that poses the true danger to long-term smokers (not to mention, the smoke). E-cigarettes, they claim, are "almost certainly" much safer. Independent studies also indicate that switching from traditional cigarettes to e-cigarettes helps smokers lay off smoking for good.

However, e-cigarettes will be subject to the same restrictions on purchase and advertising that cigarettes currently are. Sales to those under 18 will be prohibited, and there are tight restrictions on sponsorship.

"We want to make sure they aren't marketed as gateway products for young people," said British European Parliament member Linda McAvan. However, in a 2012 European Commission study, the 15- to 24-year-old age group was the most familiar with e-cigarettes.

It's been difficult to legislate e-cigarettes in the EU because attitudes towards them and use vary wildly. They're not as popular as some make them out to be: The counties that lead in daily e-cigarette use — Denmark, Greece and Romania — do so with only two percent of the population smoking them (the U.S. leads with 2.7 percent). With the exception of Denmark, cigarettes seem most experimentally popular in Eastern Europe, with about 1 in 10 residents of Bulgaria, Latvia, Poland, and the Czech Republic saying they've tried them once or twice (Eastern and Central Europe also leads the rest of the continent in lung cancer rates).

Furthermore, attitudes about how harmful e-cigarettes are are far from similar: 14 percent of people in Italy don't consider them harmful, while more than half of those in Finland do. [Insert stereotypes here.]

The differing attitudes across the EU mean that the next step of passing the bill — Parliament negotiations with member states — could prove difficult. A final vote on the revised bill is expected before May 2014's elections, if not by the end of the year.

So did the EU move to regulate smoking at all with this bill? Yup. The new regulations are largely measures designed to discourage young people from smoking. Graphic warnings about the health dangers of smoking will now go from covering 30 to 40 percent of packaging to 65 percent of cartons. Words such as "light," "low tar," and "mild," are also now banned from packaging. In 2012, similar proposals in the U.S. about packaging were abandoned after courts said they violated freedom of speech.

However, some in the EU say the new regulations don't go far enough, and claim that Parliament caved to tobacco lobbyists. (The original packaging for the cigarettes was originally proposed to cover 75 percent of the packaging — the 65 percent that was approved was the figure lobbyists proposed.) Furthermore, a phase-out plan for menthol cigarettes is set to take place over eight years, instead of the originally proposed three. Slim cigarettes, also up for a ban, will remain.