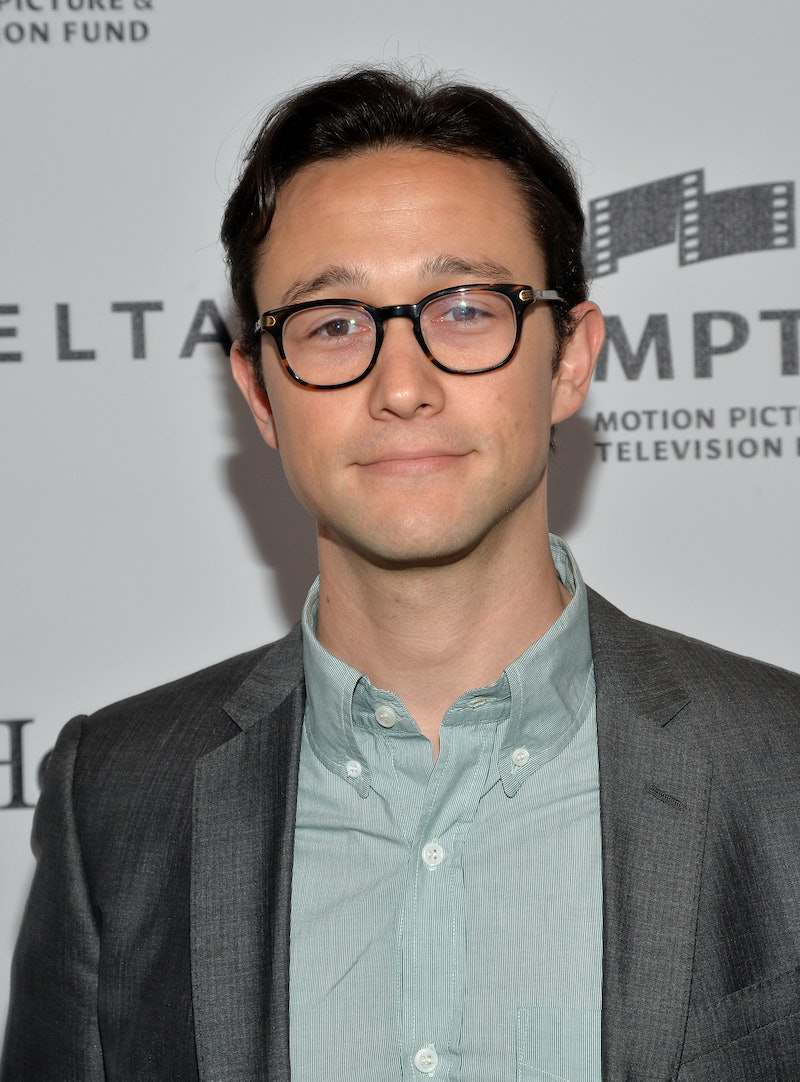 Ever since the early days of Angels in the Outfield and 3rd Rock From the Sun, Joseph Gordon-Levitt has been my ultimate crush. He said the sweetest things in 10 Things I Hate About You, made me nervous with near-death experiences in grittier films like Mysterious Skin and Brick, had me dancing and crying in (500) Days of Summer, got me freaking out out in both Inception and 50/50, and feeling myriad of other emotions from on and off-screen performances through the years.

On Tuesday, he turns 34, so it makes sense to round up all of the emotions he makes us feel, ranging from totally swooning to being absolutely terrified. I chose not to talk about the fact that he's married to Tasha McCauley and instead focus on the more important things, like how he did a Magic Mike routine on Saturday Night Live and lip-synched "Superbass" on The Tonight Show . There could be a whole section just on Joseph Gordon-Levitt singing and dancing, actually, plus another on how he looks really sexy in glasses, and a final one about him being shirtless in Don Jon. But instead, I'll just loop(er) 'em all together for 34 feelings and emotions JGL gives us as we celebrate his birthday.

A Little Hot Under The Collar

Too Hot To Handle

I'm going to need a minute.

Pretending not to be upset over the ending of (500) Days of Summer still.

Anything you say, JGL.

Emily Blunt is married to John Krasinski and got to make out with Joseph Gordon-Levitt.

All the kids are saying that these days.

You OK? Why are you so bloody?

Glasses just do it for me.

But nostalgic, because this is adorable.

The first photo was from 20 years ago. Two decades!

We can duet anytime.

Please host your own show all day, every day.

Jaw on the floor.

Gets me every time.

No, that's not a feeling, but um, yes. That beard.

Also see: too excited to handle.

A.k.a. biting your lip from all the charm.

I Believe I Can Fly

All about that bass.

We can never get enough, can we?