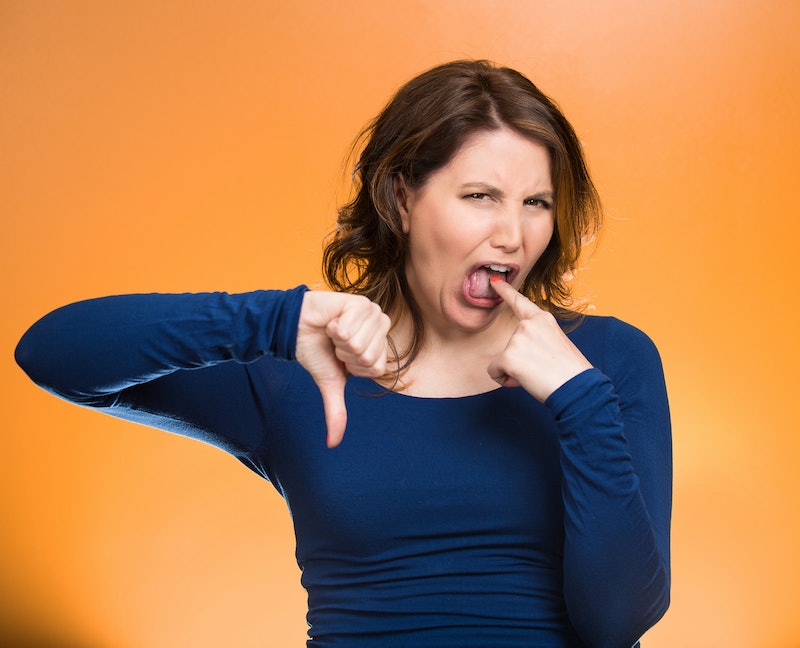 Some dating red flags are pretty easy to spot: He or she is a jerk to waitstaff; they're a little too dependent on other people's generosity; they only get together with you when it's convenient for them; and so on and so forth. But there are probably as many dating red flags out there as there are people — and, indeed, probably more — many of which may not be quite so obvious. Fear not, though! The denizens of Reddit are more than willing to share their collective knowledge about exactly what to look for so as to avoid disaster later on down the line.

As one commenter pointed out, some of the “DANGER! DANGER, WILL ROBINSON!” signals brought up in the discussion were weirdly specific; that's to be expected in an AskReddit thread, though — after all, everyone is working off of their own experiences, rather than expert advice. They're also still pretty relevant — and even in the most story-specific examples, there are lessons to be learned. At the same time, it's probably worth remembering that not all “red flag behaviors” are actual red flags; for example, I would argue that someone in their 20s still getting help from their parents or living at home isn't a sign of danger in and of itself (because, y'know, the economy). It's whether or not they're doing anything to improve their situation that matters.

So, as always, take these with a grain of salt — but do be careful. It's a jungle out there.

1. They blame everyone else for the drama that constantly surrounds them.

You may already be familiar with this one, but I think it bears repeating — mostly because it's not always easy to identify on sight. Pay close attention to how they talk about everyone around them; it'll reveal a lot about their own personality and habits.

Ah, the dreaded Nice Guy (TM). Allow me to refer you to this incredibly useful guide to differentiating Nice Guys from guys who are nice, which comes to us courtesy of The Frisky. This phenomenon is not limited to men, by the way; the female analogue is probably best described as the Cool Girl — and we all know how that story ends.

3. Or, conversely, s/he's a self-proclaimed asshole.

Newsflash: Owning up to the fact that you're an asshole still doesn't make your asshole behavior acceptable.

4. Their own family keeps telling you to GTFO while you still can.

To be fair, you'll definitely want to tread carefully when it comes to family matters — but it's also worth looking at the issue from both sides. It might be a variation on the “blaming everyone else for drama” theme.

Truth. Your SO doesn't have to share your interests, but he or she does have to respect them.

I mean, you don't have to like Queen… but how can anyone hate them?

The really important thing, though, is whether or not they're willing to put the phone down when you point it out.

8. You're their entire world.

No person is an island, but neither is any single person enough on which to build a world.

9. A surfeit of selfies.

10. Sudden and inexplicable enthusiasm for you.

We've probably all had “friends” who did this. Although it seems like behavior that should be left behind when you leave elementary school, though, sadly, it is not. That's not to say that all sudden and enthusiastic friendships are doomed — but it might be worth watching your step, especially if they have a history of dropping friendships as quickly as they make them.

These two bullet points are just one part of a seven-point response, all of which is worth reading. Here's the permalink for the entire comment; use it wisely.