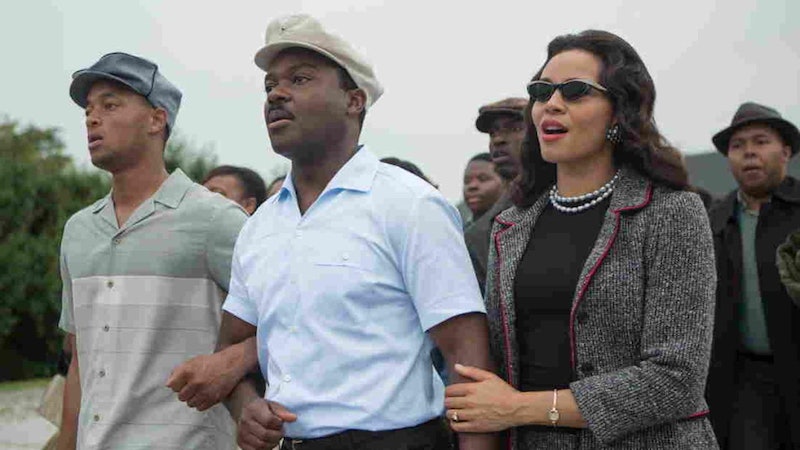 The events of the Selma to Montgomery march in 1965 happened fifty years ago. It's been fifty years since Martin Luther King Jr., his wife Coretta King Scott, and numerous activists marched to end voting segregation. So is Selma , the 2014 Oscar-nominated film surrounding the events, simply a history lesson? Carmen Ejogo, who portrays Coretta Scott King in the film, believes the film's message shouldn't be contained to the past tense. "There are huge parallels between what happened in Selma and what's happening in certain parts of America, such as Ferguson, Staten Island, today," Ejogo says.

"The essential theme of the film is about people coming together to fight oppression. That's something that resonates around the world, and at any time. I think this film has a message that has a continuum. When what happened at Ferguson is no longer front page news, Selma will still serve as a blueprint and as a demonstration of how civil disobedience has a real place in our lives," she says. "And that it has value and that it shouldn't be frowned upon, or considered something that only radicals in big cities get up to. But that it's a genuine option and weapon of choice when trying to find your voice. It has a lot of relevance for obvious reasons and maybe less obvious."

Selma is in theatres now. See the trailer below: