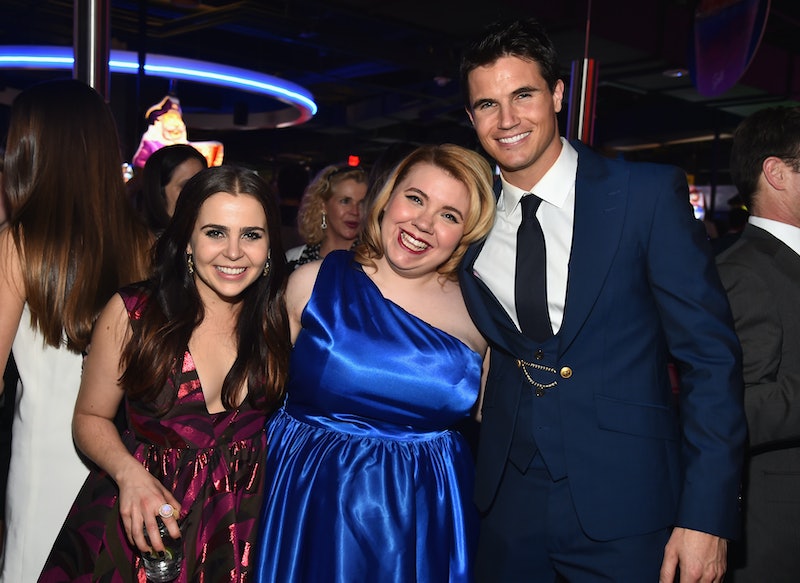 At first glance, The DUFF , the big-screen adaptation of Kody Keplinger's best selling novel, looks near identical to a flurry of high school comedies we've seen over decades past. Except that it's not. While some comedies aim at turning the nerdy girl into the class beauty queen, The DUFF's protagonist Bianca doesn't grow out of her Designated Ugly Fat Friend label, she merely embraces it. "The message of this book is that everyone has felt like The DUFF. We've all been there, we can all relate to this," Kody Keplinger says. "And it's a uniting thing, not something to tear us down."

Keplinger, who wrote the book as a 17-year-old high school student after finding out what the term means, and feeling like she accurately fell into the label, has used her writing prowess for entertaining narratives and a noble cause. "I get a lot of emails from teenage girls, and sometimes teenage boys. I get emails saying 'I really relate to Bianca, I relate to her body issues,'" Keplinger says. "And what's interesting to me is I've had girls of all shapes and sizes contact me. I've had girls say, 'I'm a four and my friends are size twos, and I feel fat.'"

The young author takes to twitter and email to respond to the touching letters. "It's the thing I love about those letters, they prove everyone can relate to this idea, everyone has felt this way. As a writer, it's all I could ask for, to touch someone and make them think about themselves in a positive way."

But to assume Keplinger's novels are preachy would be a vast discredit. The author, who says if her novel The DUFF was adopted one hundred percent truthfully would "have gotten an R rating" utilizes snark, wit, and of course comedy to allow these messages to be easily digested. "If we can laugh at ourselves, it makes it easier to not take people seriously if they're laughing at us," she says. "If you can laugh at your own flaws, then how can it hurt when other people say it? I always gravitate towards comedy even in dark situations."

The DUFF is in theatres Friday, February 19.